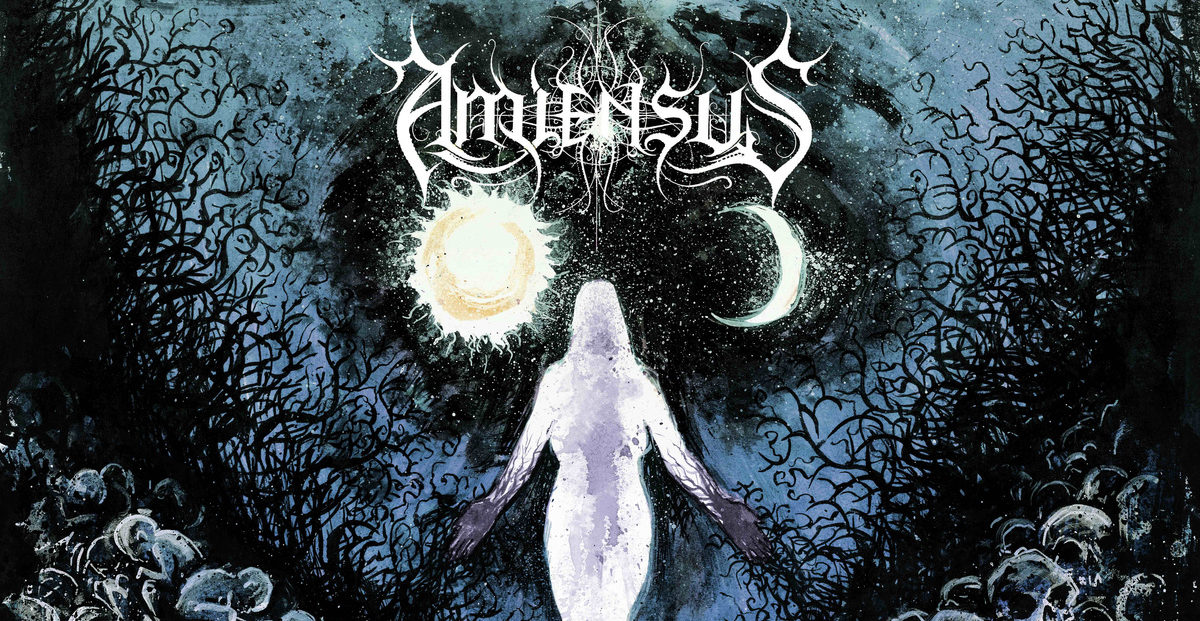 Calling Amiensus a band feels a little dismissive. Your average band stops recruiting at around five members, one for each major metal foodgroup, but at five Amiensus was just getting started. As of this album, they’ve five credited guitarists, four vocalists, three keyboardists, two drummers and one (presumably very lonely) bassist. Sure, they’ve managed to cram all this into only seven people, but nowhere does that detract from the incredible sense of depth all this talent imbues within their music. In the same way that an orchestra would only become more impressive if it were just one woman playing every instrument from within a spiderweb of pulleys, Amiensus is no less impressive for its efficiency.

And it’s all like this. Each song is an epic, with most clocking in at around six minutes, and not a second of it is wasted. Instead each and every track has its own curve and surprises. “One in spirit” opens like a classic Black Sabbath dirge before breaking into rapid, thunderous riffs and heavy, regular drumbeat. It’s moments like this when you’re forced to acknowledge the mastery on display here; the very fact that these songs work as well as they do is a testament to their masterful composition as much as the individual talents of its artists. Somehow, nothing feels out of place.

This is never more apparent that the opening track itself. “On these deserted plains” seems like a tyrannosaur of a thing as you begin. Harsh, guttural growling wrapped in chaotic instrumental calls to mind Cradle of Filth’s darker moments. There’s the same passion, the same fury, and the same subtle hinting of the epic and the grandiose behind the brutality of the vocals. And then there’s a shift, clouds clear, sunlight pushes through, and suddenly acoustic guitar rolls in, sounding strangely like the Gypsy Kings’ version of Hotel California. It’s a hell of a solo, and one even better for being unexpected.

All in all, Ascension is the rarest of things; an album who, despite coming forth overflowing with talent, manages to not waste a drop.