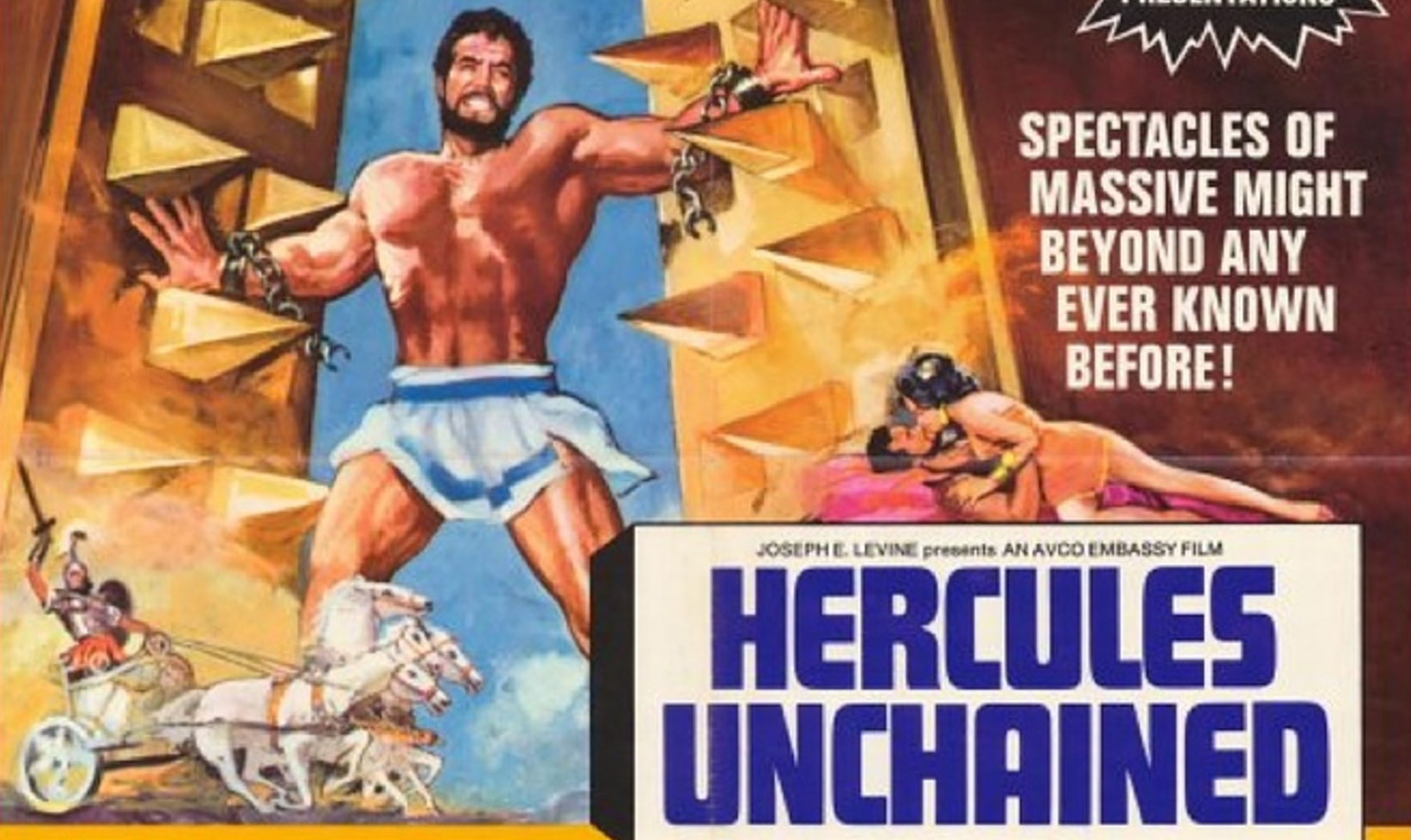 Though the subsequent sequels to the 1958 film Hercules would be in the teens, I never would have thought the quality of these Italian sword and sandal films would decline so quickly. In fact, I thought it would take at least 3 or 4 films before the stories became lazy and confusing. Imagine my surprise when the second film in the iconic Pelplum? series was already near sleep inducing on top of existentially confusing. Make no mistake, I am more than excited to see this series through until the bitter end, though I would liked to stay awake through at least 50% of the running length. With few connections to the original film, Steve Reeves reprises his role as the stacked and capable Hercules. What I originally said about Hercules as an infallible film hero in the first film may or may not apply in Hercules Unchained.

Hercules Unchained begins with a bunch of characters from the first film setting out on further adventure. Hercules, his wife Iole, and third wheel Ulysses all pile in a wagon and make their way to some destination. If we were to think of it as a Dungeons and Dragon campaign, this is the aftermath of the first adventure where the characters restock supplies, level up, and set off for the next adventure hook. Similar to that dungeons and dragons campaign, Hercules and company soon find themselves pulled into a bitter war between two brothers, Eteocles and Polynices. The group literally walks into this drama by wandering into a cave and being asked by Polynices to deliver a message to his brother. This sounds like a shoehorned adventure hook if ever I heard one. Anything I am going to tell you about a plot is really secondary because, similar to the first film, Hercules gets caught in a massive subplot that envelopes the majority of the film. Eteocles asks Hercules to deliver his answer back to his brother before a vague deadline. Iole stays with Etoecles while Hercules and Ulysses set out on a quick ride to deliver the message because no one else can fucking do it. Hercules drinks from a magic spring and looses all memory of who he is. Ulysses is captured with him and both are whisked away to the kingdom of Lydia ruled by the sultry Omphale. Similar to the first film, cinematic narrative is interjected with less read mythology. Omphale is an actual figure in mythology, who was the ruler of a kingdom that served as home to Hercules during his enslavement / atonement for killing Iphitos, great grandson of Apollo. This whole thing happened during Hercules’ fit of madness, while Iphitos was staying with Hercules as a guest. Omphale has been a common vehicle for erotic fan fiction and this film makes sure to emphasis the point as casting her as a tyrannical ruler who captured men for sexual subjection before turning them into trophy statues.

While all of that sounds cool and a part of a strangely exciting fetish, the actual execution of this plot is near tedious and sleep inducing. Hercules spends his time lounging around and getting soft while Ulysses figures out a way to escape and save his bestest friend in the world. I wouldn’t be so critical if the central plot of Hercules Unchained didn’t involve multiple scenes of Hercules trying to remember his name and bend bars. Ulysses’ job as a slave is to massage Hercules, thus adding in a whole new sexual dimension to this fantasy. While this whole oiled up erotic escapade is happening, Eteocles ramps up for war because Hercules failed to deliver his message. Fuck, come on Hercules.

I feel the story of Lydia and Hercules could have been interesting if it was more surreal standing like this.

There is action in this film. Hold on, let me check on that. Yes, there is action near the end of the film. Hercules and Ulysses escape the feminine clutches of Omphale and make their way back to Eteocles while Polynices marches to war. The central action for the film involves Hercules wrestling and subduing tigers in Eteocles’ arena. I say arena like it is big instead of a small pit of tigers. After a brief intermission of chaos and danger, the two brothers slay each other, leaving those more capable to take over in their absence. Hercules, Iole, and Ulysses then say goodbye to this adventure hook and move on for the next one.

Hercules Unchained makes me wary about the next 15 or so films in the series seeing how this one quickly bottomed out in terms of entertainment. This film would also be the last for the dashing Steve Reeves, only to soon see Gymnast Mark Forest fill in for the next 9 films. The Revenge of Hercules would probably be the largest success for the franchise and I can only hope for the best. Good or ill, I hope the rest of the Hercules series is little like its sophomore release. I am a simple person with simple tastes. All I want is muscled men fighting imaginary heroes in some semblance of a plot.