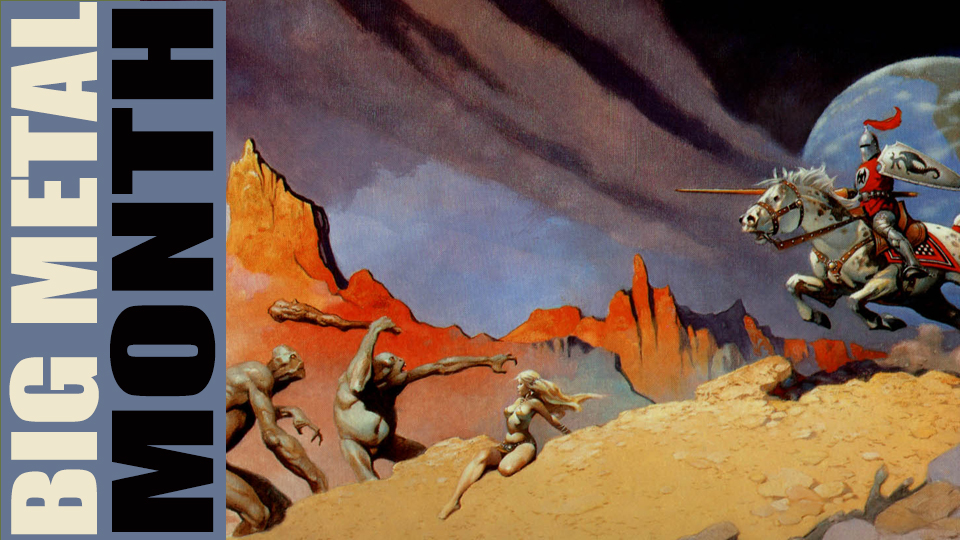 Amorphis is a band who I totally know and respect for their early contributions to a subgenre and know almost nothing of their recent work. Queen of Time is the band’s 14th record since 1992 and marches closely to 30 years for the band being active. Queen of Time also sees a return and reformation of most of the original members for Amorphis which is funny considering how far this band has gone with membership. “The Bee” is an oddly named song but sees Amorphis where they feel most comfortable with a sound that is both harsh, melodic, progressive, and spotless in its production.

Speaking of bands who I am familiar with up to a certain point, Monster Magnet was also an early addition into my stoner rock history but I do not think I could point to a single record made after 1995 and before 2015. Hold on let me check. Holy shit, no. Mindfucker is the edgy title for the band’s 10th studio record and by the sound o their first single, will be a psychedelic romp with a sound I am obviously not familiar with. Super smooth sound and a talking point that will bring you back to the 90’s.

Wow, holy shit, they are still doing this. Stone Temple Pilots is not really metal despite what Wikipedia tags them as. Even though if they are on the more rock spectrum in comparison with everything else in this article, they for some reason are discussed by record labels as having to do somewhat with metal. Stone Temple Pilots is the bands self titled reboot with Jeff Gutt on vocals sorta following the 2015 death of original vocalist Scott Weiland. It is hard to see this band as more than Scott Weiland despite all of the original members still being on board. Regardless if you were looking for a quasi metal sound with heavy blues that has lots of “yeahs,” you might be interested.

Mournful Congregation has only had 5 albums but they play really slow music so it is okay. This Australian funeral doom band has been around and despite their logo looking like a first draft ase staples in the funeral doom scene with their name being spoken along side Esoteric, Evoken, and Skepticism. Scripture Of Exaltation and Punishment is the single from The Incubus of Karma and sees the band in a familiar place with wailing guitars, melodically harsh vocals and a creeping sense of loss.

Ahh yes, who could forgot Kalmah? If one was looking to wrap themselves in a seamless sound of melodic death and power metal, this is the place for you. I know nothing about this band and from the sound of their first single, it seems like I do not have much catching up on as Kalmah steers this vessel along a straight and narrow path.