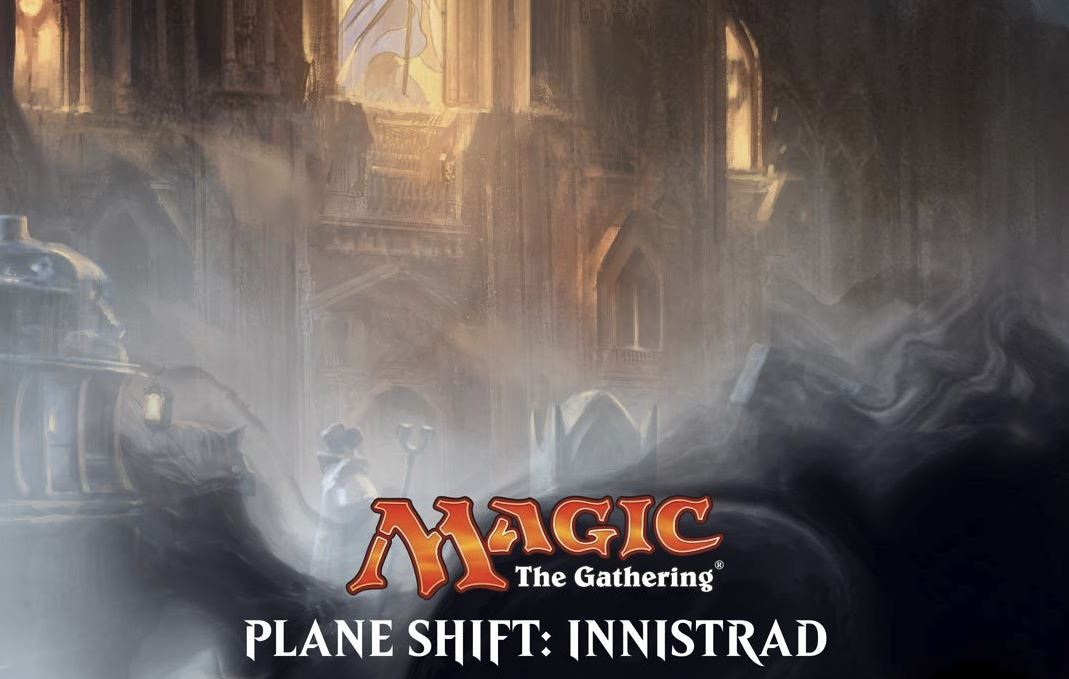 Plane Shift is a set of free online supplements accompanying recent The Art of Magic: The Gathering releases written by James Wyatt. Each Plane Shift document provides D&D 5th Edition rules to play on the respective plane. Playing Dungeons and Dragons can be considered dorky. Playing Magic the Gathering on a regular basis can also be considered dorky. I am trying to think if playing Dungeons and Dragons within the realms of Magic the Gathering lore is less or more dorky than its base hobbies.

The idea of using RPGs as an engine to adventure in various universes goes back to the beginning of the game. Actually, one can trace immersion into a creative work or scenarios even further. Early RPGs saw Middle Earth asa destination for games. Additionally, the wargamming community recreated not only fantastic locations and sscenarios but historical reenactments. At its most elemental form, role playing games allow the user to enter into whatever realm of their choosing and act out adventures and narratives based on their knowledge of the world. D&D has its own lore, events, and universe but also allows itself to be an enabler for the fancies of its users. This is perhaps one of the biggest assets for Wizards of the Coast, Dungeons and Dragons, as well as the 5th Edition ruleset. Already leaning on the idea of user enjoyment and engagement, the versatility of 5e to hack into some of these other worlds was shockingly easy to do. This also helps when your players already have read all of the backstory you provided.

When the light fades and the moon rises over Innistrad, humanity becomes the universal prey. Packs of werewolves are drawn out by the moon, their humanity washed away by animal rage. Vampire families bare their fangs at the scent of human blood. Hordes of walking dead lurch across the manors and moors, driven by an innate hunger for the living. Alchemically created abominations twitch to life in alchemists’ laboratories. Geists haunt the huddled human towns and terrify travelers along the dark crossways in between. From Innistrad’s depths, powerful demons and impish devils plot humanity’s downfall.

Out of all of the planes and magic lore, Innistrad is perhaps the most user friendly in terms of entrance. Though the large events are constructions of its writers, the entire set and storyline are cast in gothic horror tropes allowing for people even unfamiliar with Magic the Gathering to become apart of it. Other places within the Plane Shift series like Zendikar, Kaladesh, and even the Egyptian styled Amonkhet are more distant immersive only by a knowledge of the planes and its cards. Additionally, the setting of Innistrad is already familiar to the D&D universe with Ravenloft being established in the early 90’s and the Curse of Strahd adventure one of 5e’s early products. Many of the monsters (zombies, demons, angels, skeletons) can be found right in the Monster Manual and conversions for most creatures is plausible. The only tricky part is to hack away the player options.

Before we begin, it is important to know Magic storylines do have protagonists. Unfortunately many of them center around Planeswalkers or superior magical beings which have ascended to their peak power. Plaenswalkers have the ability to travel through the multiverse and are akin to level 20+ magic users. Playing a Planeswalker at level 1 is either not plausible or loyal to the lore. there are denizens among the many planes in the Magic multiverse and much like other D&D storylines, the players can play between the major developments without changing continuity nor having much impact on the general world. Plane Shift gives you an outline on how to run an Innistrad adventure. It gives you player, monster, and adventure ideas though it does not give you a story. The story Army of the Dammed comes from a Redditer … who made an exhaustive post on a first level adventure. One of the largest hurdles was to limit the player options for races to only humans. Though some of the material said you can bend the idea of race in their own storyline, Innistrad does not have elves since they were all driven to extinction. What this means is that all players are going to be human and in absence of options, they can choose one of the four major provinces (Gavony, Kessig, Nephalia, Stensia) to differentiate. While some of them were uneven (Gavony have the more rounded stat boost), they were not game breaking or even noticeable.

The Army of the Dammed adventure ran like a typical introductory D&D module with the first part a series of road encounters while the second being a sandbox style adventure where the players checked off quests from their log and added more side quests. The main encounters were puzzle based but for any group needed more action, adding in a creepy doll or a geist as a mini boss is not that difficult. The adventure sets up the story to be concluded in part 3 and 4 but after 4 hours of playing we only finished half of the story. All together, the adventure would probably run 8 hours with people not doing side quests and focused on their tasks.

Perhaps one of the best experiences of the game was the level of engagement from the players who were all Magic the Gathering veterans and actually is my EDH playgroup. Imagine the satisfaction when you say a name or place and the recognition from the player brings them close into the story. This i already built into things like Plane Shift as names like Griselbrand, Avacyn, Geralf, Hellrider, Creepy Doll, have places into 2d artwork and now that knowledge is moving in three dimensions. for anyone familiar with Magic and time spent playing with these cards, the atmosphere at the table was light arranging into almost teeming with dorky magic jokes. For a flavor hook, I had each of the players bring a card they wanted to play as given their choices of class and province which lead to a party of Boderland Ranger, Delver of Secrets, Somberwald Sage, and Silver Blade Paladin. Each of the players brought the card and placed them onto the table like in EDh and played a very different game though one that felt very familiar.

My group wants to finish the storyline and is interested in traveling to another plane. The series seems like it will be continued as a supplement to each art release. At this point, I do not see D&D/MTG being greater than its individual parts in terms of popularity but for the smaller niche of people who enjoy both and want to combine, it is an interesting, free, and entertaining time to spend a Sunday afternoon.