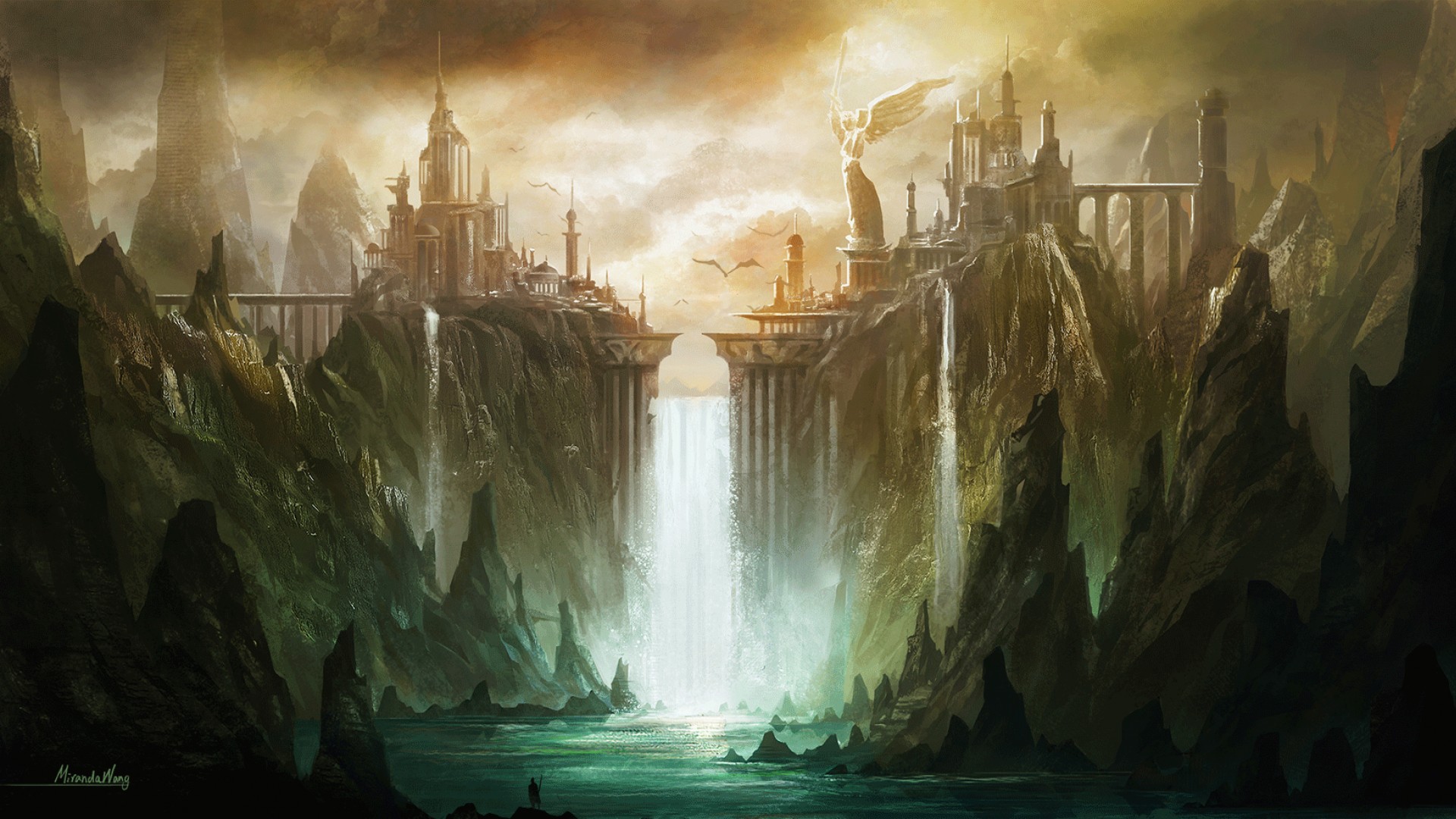 On album art: Every month or so I dive into the world of Bandcamp power metal in order to find something new and exciting. Most of the time I do. For every perfect gem in the pile, though, there are many rocks, under-polished ores, and broken gems that need to be put back together. When combing through pages and pages of albums, album art plays an important role in drawing a person toward a record. While this seems somewhat unfair, it is just the nature of one person having to reduce a large amount of records down to a manageable size. I do this for other styles of music and have found that album art is a good indicator of the music contained within. While it is not absolute in its formula, competent artwork is a good lead to albums that have equally competent music. Below are three records that I found based on their artwork and was pleased, even surprised, by the music contained within.

Here we go. Canadian band playing epic viking themed music based on the Christian crusades. I love it. Bretheren is currently unsigned but if the band keeps up the level of excitement found within their debut full length Crusades I, I cannot see how people could not be interested. What Bretheren possesses that is truly unique is the ability to write an almost instrumental record about the subject. While there are a few tracks with decent vocals in the beginning, more than half of Crusades I is instrumental, with only the nematic voiceless narrative there to guide us through. The album ends at the climatic Siege ofJerusalem, that marches to the beat of pounding guitars.

Weeeeeeeeeeee! This is a really fun album that draws from a different spring of power metal. Going back to the early days of US Power metal, in the tradition of Leige Lord, Omen, and Helstar, Mexico’s own Split Heaven swings for the fences with masculine falsetto, driving anthems, and an attitude befitting of seven motorcycles kicking up desert dust. This band also sells their shirts for incredibly cheap. I do not think I have seen an 8 dollar shirt in a long time. Also the price tag of 6.88$ for the digital version of this album should not be a hard choice to make for a good, clean bar fight anthem.

I don’t know. I really do not. This band is really outside of any frame of reference. I do not know where to begin. I could start by pointing out the oddities. Heavy metal from Las Vegas? Super weird artwork with an equally weird band name? The fact that this music draws its power from occult heavy metal but has the clean production of modern rock? I do not know. I really do not. What I do know is that Sue’s Idol is as enigmatic as it is an odd package on a shelf. While this album could easily tip over the side, parts of it anchor it to the rocks, such as their used of the traditional doom romp in “The Halls of Mourning” and “Kill or be Killed.” This is a heavy metal gem that has been well preserved and given a new suit. I do not know. I really do not.