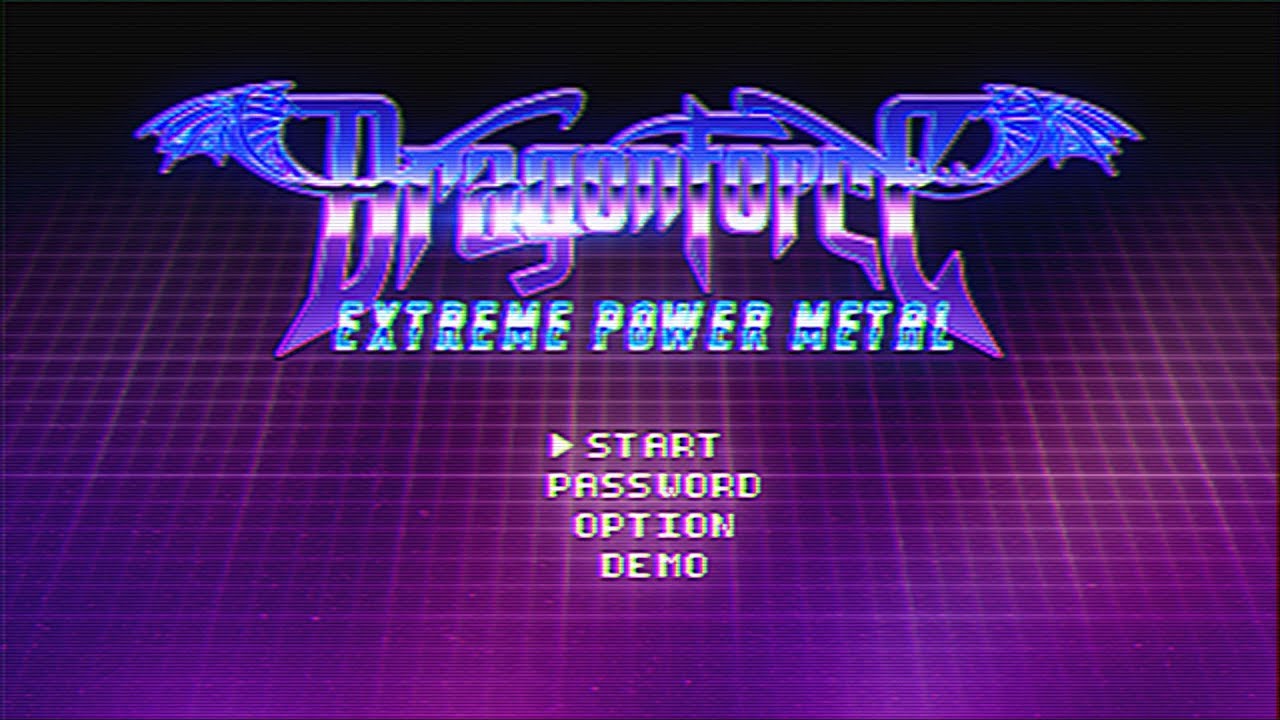 It is important when searching for DragonForce’s newest record you don’t get it confused with the bonus track on their 2008 record Ultra Beatdown. The fact they took this name is still baffling but whatever it doesn’t really matter that much. I have written about Dragonforce and have come to a moderate and healthy conclusion that this band does what they want to and probably do not deserve half of the flak that is given to them. DragonForce is a casualty of early success propelled by a popular video game and has endured the stigma ever since. Extreme Power Metal is the 8th record for the band and is perhaps the first time they are branching into a new aesthetic.

For anyone watching the new videos, it becomes clear what schtick the band is going for. Without any room for subtlety the 80’s are a primary focus for Dragonforce in look, sound, and perhaps touch. This shift in style moves away from the techno futuristic steel space vibe that has moved into direct and utter tongue in cheek cheese. This aesthetic gambit coincides with some changes in the bands lineup, particularly, this is the first record without keyboardist Vadim Pruzhanov who left in 2018. This is also the last album to feature bassist Frédéric Leclercq. Though the core of the band still remains the twin eagles of guitar Sam Totman and Herman Li, Dragonforce appears to be pivoting to a new future. Whether or not it is this style has yet to be understood.

DragonForce, for me, has always been something that is fun and charming since I see certain people get excited over. The band’s lead single “Highway to Oblivion” does the same thing they have always done just with a little bit more syrup. The second single, however, Heart Demolition moves into an area that is part glam, part power metal, and majority amusement park. Even without the visual honey trap of its video, Heart Demolition is a blast to listen to and tastes like carnival cotton candy on a Summer night.