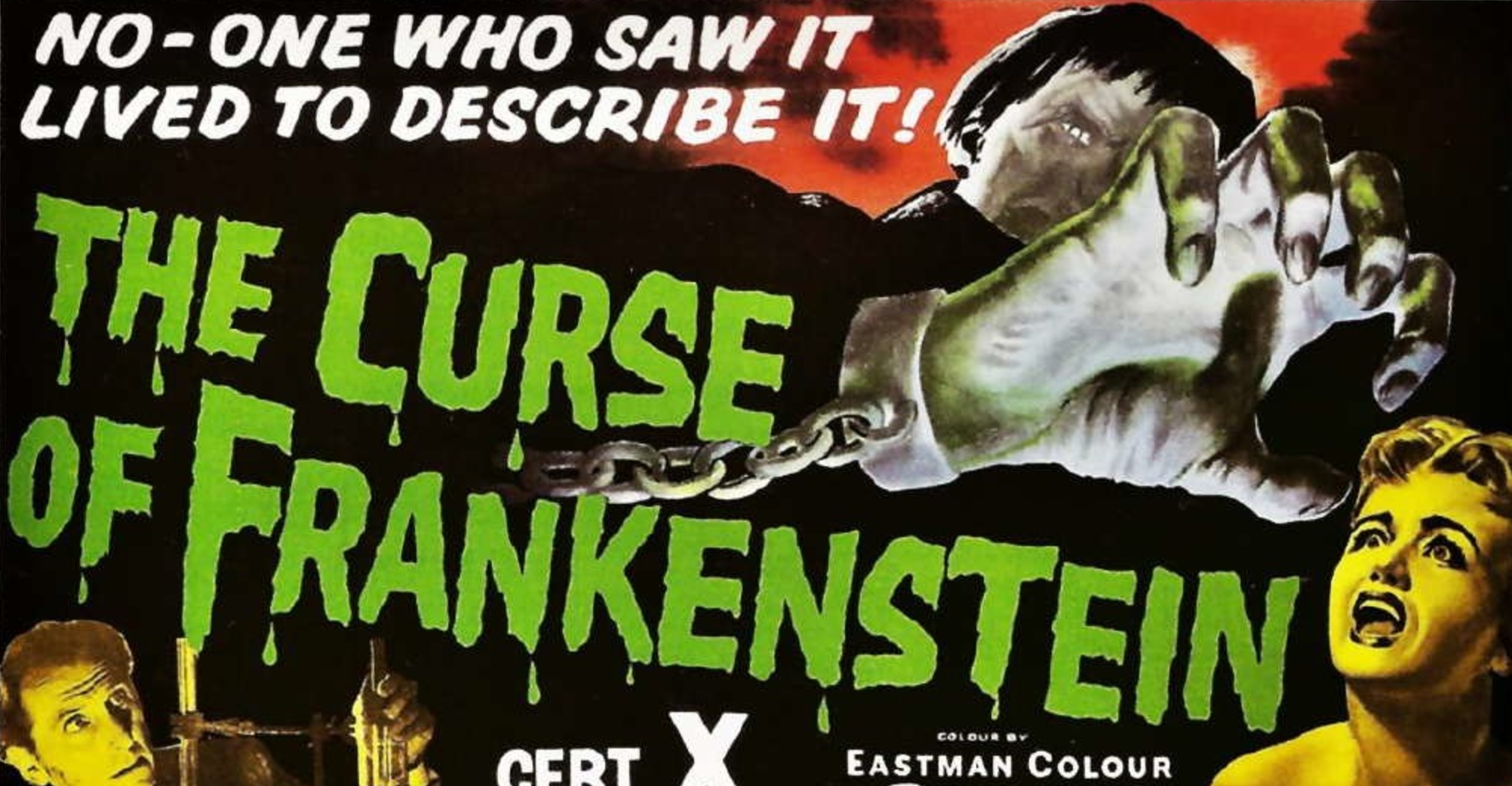 When originally taking on the classic horror project, I thought I was going to review all classic horror in the months of September and October as a way to celebrate the Halloween season. It is now the beginning of November and I am not even half way through. Traveling from Dracula (1931) to House of Dracula (1948) saw a wonderful story of legendary creatures and villains who spiraled out of control into near self parody. The end of the 40’s ended with rally films mashing up popular characters into skeletal thin storylines. Though the horror industry would continue in the 50’s with new franchises, such as Creature From the Black Lagoon, the original lineup of villains would lay in retirement until the late 50’s with two events. Shock Theater was a television syndication program based in Ohio that unearthed the classic films of the 30’s and 40’s for a new audience. At around the same time, the British based production company Hammer Films released their first film in what would be the start of a new wave of classic horror. Like most of the future Hammer Films, the Curse of Frankenstein takes the original source material and retells it through lush setting, extra characters, and eventually a completely different narrative. Though every adaptation isn’t faithful to the pacing of the original book, The Curse of Frankenstein focuses on the idea of victor Frankenstein, coping with the death of his parent(s) by becoming obsessed with creating life through science with his academic advisor, Dr. Krempe. The Curse of Frankenstein opens with a present day Victor confessing to a priest the horrible events that lead to his incarceration. Victor wishes to tell someone as to make anyone understand his innocence. We are then given a flashback to a young Victor becoming heir to the Frankenstein fortune and estate while also meeting his new tutor / partner in near crime Paul Krempe.

Krempe and Frankenstein develop a working relationship for many years as the two become more and more obsessed with science. Because it is told in flashback we are given glimpses of the work the two have engaged in before resting on the present, where they reanimate a cute puppy. Because there is much to do, the film sort of shuffles along the idea of constructing a human from the maybe pile to the yes pile. Victor’s vision is reinforced as he would like to create a thing of beauty with individual parts of the creation (hands, eyes, brains) taken from the dead masters of respected fields. This may sound great but in truth it is actually pretty gross. Victor and Kremp became estranged in correlation to their project’s descent into madness.

The Curse of Frankenstein is interesting for its near closed setting. Aside from a few forays to get bodies and parts of bodies, the majority of the narrative takes place in the estate of Frankenstein. This was probably due to the film’s low budget and desire to use all sets to their fullest potential. Because of this narrowed scope, The Curse of Frankenstein becomes almost claustrophobic, allowing the increasing terror of their creation to be felt by the view. Instead of the monster roaming the countryside, its containment in dungeons and attics of the house gives the film a nightmarish quality. The Curse of Frankenstein also uses the relationships between characters to retain interest. Victor is pinned after by his cousin (gross), Elizabeth, who has been with him since she was a little girl (ew again). Victor is a womanizer and is currently in a smoky affair with his maid. While not outright stated in the film, Krempe seems to be in love with Elizabeth as he constantly wishes for her safety. These relationships boil over with the creation of the monster (played by Christopher Lee) who, as you would guessed it, isn’t the constructed beauty that everyone hoped for.

Something that has remained consistent throughout the Frankenstein lorre is the fact that the brain is always fucked before being put into the body. The Curse of Frankenstein sees Victor murdering a longtime friend and professor to extract his brain. Krempe tries to stop him, causing him to accidentally drop the squishy thing. This fumble of the brain is a continuation of a bunch of body bungles that lead to a horrible monstrosity. This is interesting when compared to the source material where the monster is a hideous yet well spoken 8 foot creation. The adaptations debase the monster into either a lumbering manhandler or a creature who looks like a corpse on a combination of hard liquor and LSD. The creature is not large in stature but seems to possess great strength when it wrecks shit over everything.

The Curse of Frankenstein is noted for its vivid use of gore and color. Compared to House of Dracula (ew once more), The Curse of Frankenstein reintroduces a level of disgust that has been absent from the previous Frankenstein films. The audience is repelled by not only the monster but the actions of Victor that when his eventual “death” comes, there is a sense of justice served. I put quotations around that word because we still have a handful of misadventures to attend to. If you are like me and have been working your way through classic horror, the Hammer films open a proverbial window and allow a fresh breeze to roll over old bones. Curse of Frankenstein may have its flaws but in its treatment of an old character, it is one of the better choices that could have been made.