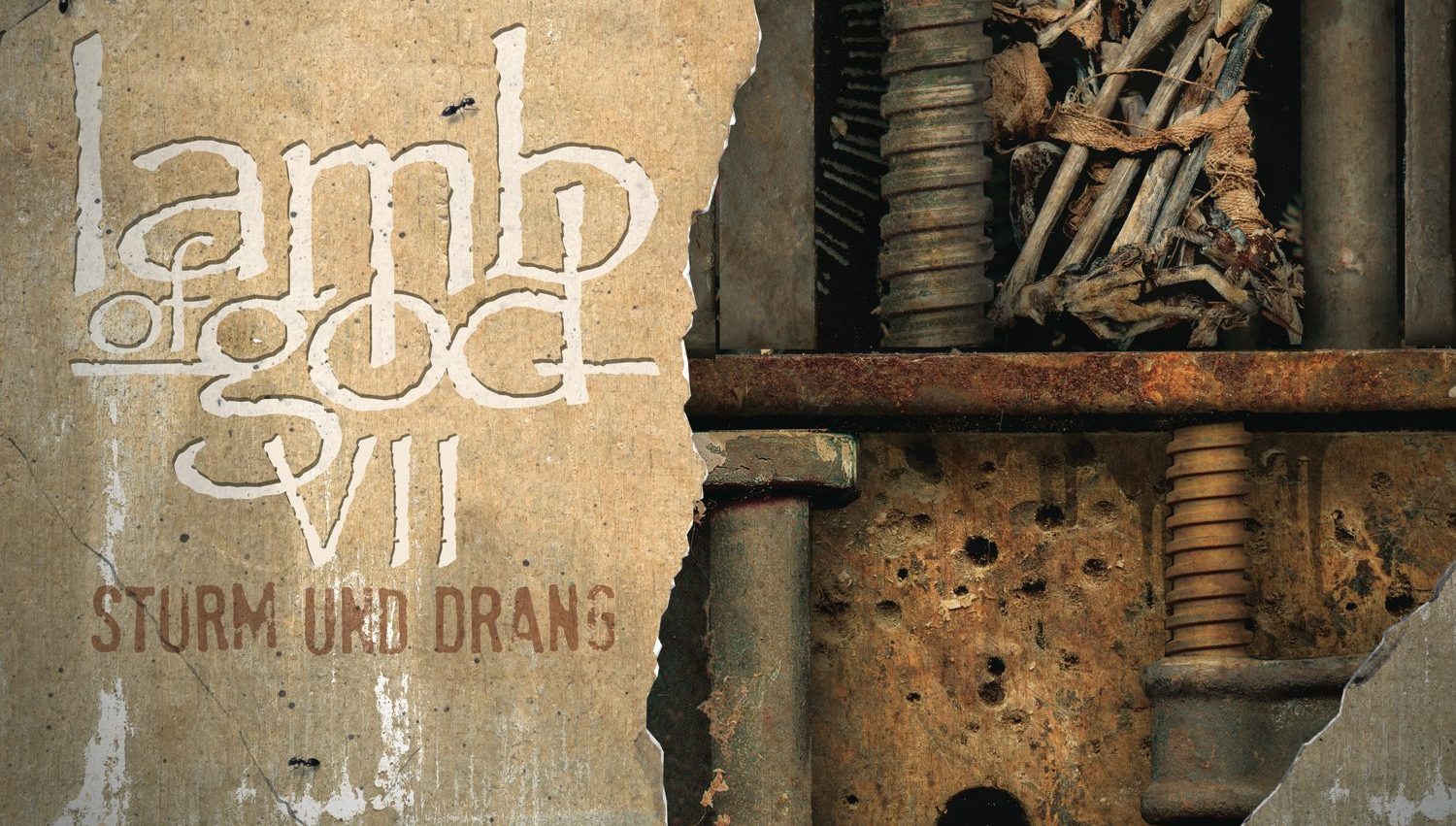 [Editor’s Note: this release was also reviewed by Luke Maudsley.]

It is really easy to use Lamb of God as a target dummy. I mean, for the past 100 years, this band has carried the thickheaded metal legacy that was passed like an aluminum beer can torch from Pantera. Throughout the 2000s, this band has cranked out record after record of middling groove metal that reinforces the stereotypes of heavy metal being the equivalent of a punching bag used to release uninteresting anger. Lamb of God is less like a metal band and more like the indent in a gym locker from the punch of a pissed off linebacker.

VII: Sturm und Drang is highlighted as the “comeback” record following a year of legal trouble involving singer Randy Blythe and the 2010 death of Daniel Nosek from a fall at a Lamb of God concert. There has been enough discussion of responsibility surrounding this case, but what is important to note is the uncertainty and stress that this band was put under during that time. VII: Sturm und Drang is the first record following the acquittal of Blythe and a return to normalcy for the band. While this would be a perfect time for the band to experiment with the emotional turmoil experienced, VII: Sturm und Drang seems less like inspiration and more like escapist comfort. What follows is a well timed and average exploit through very well-tread territory.

For the most part, VII: Sturm und Drang operates without incident. There is, of course, some strange effects on “Erase This,” thinly veiled prison laments in the lyrics on “512,” and a full on derailment in “Overlord,” which is probably a look at what could have been if a full album was devoted to experimentation. Other than these few missteps, Lamb of God’s newest albums sounds like a Lamb of God album. For some this will cause excitement, but for others, it will cause slight rolls of the eyes. At times, I feel this album could have been a perfect channel for very real emotions that have been fabricated over the decades, at other times I am not one to judge. Lamb of God has returned home and they are back at being near forgettable, which is probably exactly what they need to be.