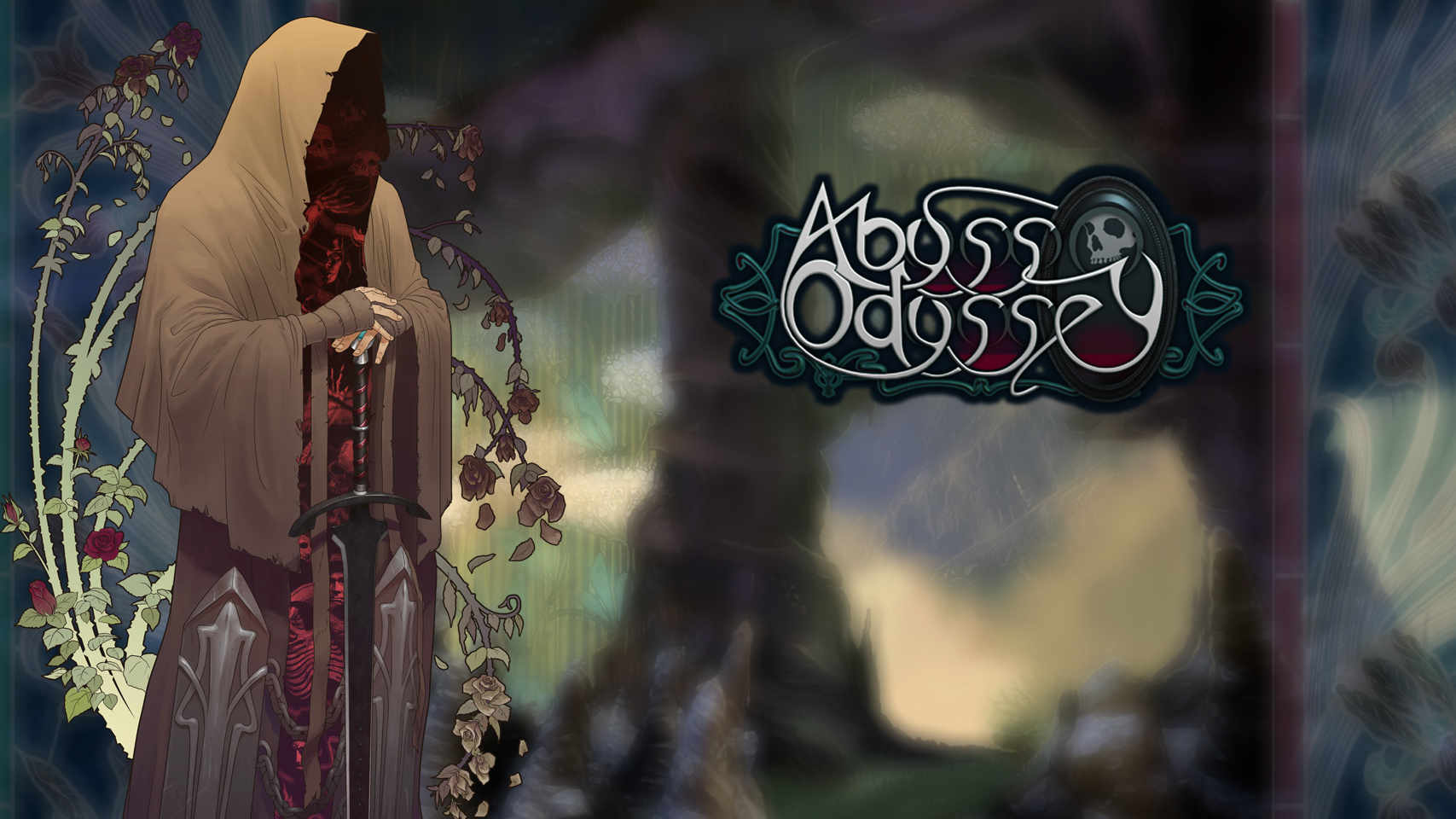 There’s something distinctly metal about the word “abyss”, isn’t there? Technically speaking it means little more than “big ole’ hole”, though admittedly only in the same way that portal means “door”. It’s the kind of word that’s only really used in real life to impress, if for no other reason than the rarity of humongous magical pits.

Fortunately, a big magical pit is the subject of this game, so you can’t accuse the devs of inaccuracy, at least.

And what a Roguelite pit it is. That means procedurally generated levels, anticipated and permanent death, and thanks to that “lite” in the title, levelling and cash that carries over. On paper it looks quite a bit like “Rogue Legacy”, and I’ll admit it took me an hour or so to get over the association. then i realized something far stranger was going on. “oh shit, I forgot my mandolin”

As a platformer, it’s got that two-and-a-half-d thing going on from ‘Splosion Man and The Cave, where the game tries to have the cake of full 3d visuals and eat the cake of only having to design in two of them. This can mean it looks a little cluttered at times, and there’s always the risk of the player getting confused when grand and impressive background stuff basically doesn’t exist, but small and unimportant stuff turns out to be relevant. Thankfully here it’s well designed, with a good sense of depth to the irrelevant stuff but there’s a couple of instances where things that I should have been paying attention too, poisonous thorns for example, worked their dark mechanisms on my character before I figured out I was meant to be paying attention to them. There’s also the hilariously bullshit habit of having some easily by-passible stature work as an impassable object just because the character can’t walk around it. It’s as funny as it is patently ridiculous.

“A good sense of depth” is probably the most appropriate comment I could make about this game, actually. For starters, it’s about a pit, but that’s paradoxically the shallowest thing I could say about it. There’s a unusual degree of complexity to its combat that put me more in mind of a fighting game than a platformer. Well, it puts me in mind of Super Smash Bros most of all, what with the short simplistic button mashing and blocking mechanics which peels away as you play, revealing a far more complex system underneath. Then blocking cancels get introduced and people far greater than me make a total mockery of the game, it’s mechanics, and the general rules of physics. It’s a co-op PVE fighting game that, while it starts off with apparently shallow mechanics, are only as shallow as your ability to play with them. There’s no insane street fighter style comboing, ten is about as many as you’re likely to get, but there’s satisfaction to the difficulty nevertheless.

And then there’s the damn character roster. You start off with just the one, a lady with a rapier and, as you descend you’ll learn special attacks and improved moves that make her more competent and interesting. At the same time, of course, you’ll collect mana. Now, mana had me confused at the start (primarily because the game never tells you anything, but that’s a totally different grumble) because It starts empty and piles up as you go. Special attacks, fireballs, bladed pirouettes and the like don’t take it away but enemies do drop items that fill it up. I spent a good hour or so wondering to what end. It turns out that when it’s full you get a little notification of which buttons to press and, if you go along with it you’ll use a mega attack. To be fair to the guy, he never signed up for this.

This is where the game really starts to come together. Mega attacks let you steal enemies’ souls, and thus unlock the option to switch into their bodies as kind of a secondary character. They’ve all got their own move set and specials, as well as an independent health meter. It’s the games’ most interesting feature, and that makes it even more ludicrous that I lasted an hour without realising that it was in there. There’s very few clues given here, which is a shame because most of the key mechanics I’ve been forced to stumble upon have been pretty interesting.

That’s my assessment, I think. There’s a lot of interesting content here, as well as adaptive organic difficulty levels and the promise/ blood oath, of further updates. But it’s hidden, concealed from view by an apparent vow of silence. I honestly learn more about how to play from forums and the damn steam marketplace page than I did playing the game, and I can’t say I think that’s healthy.

If the idea of a more complex, deeper Roguelike interests you, albeit one that can see you beat the final boss in two hours of playtime on the laxest difficulty, then by all means give it a whirl. Just don’t be surprised when each death is followed by a trip to google.