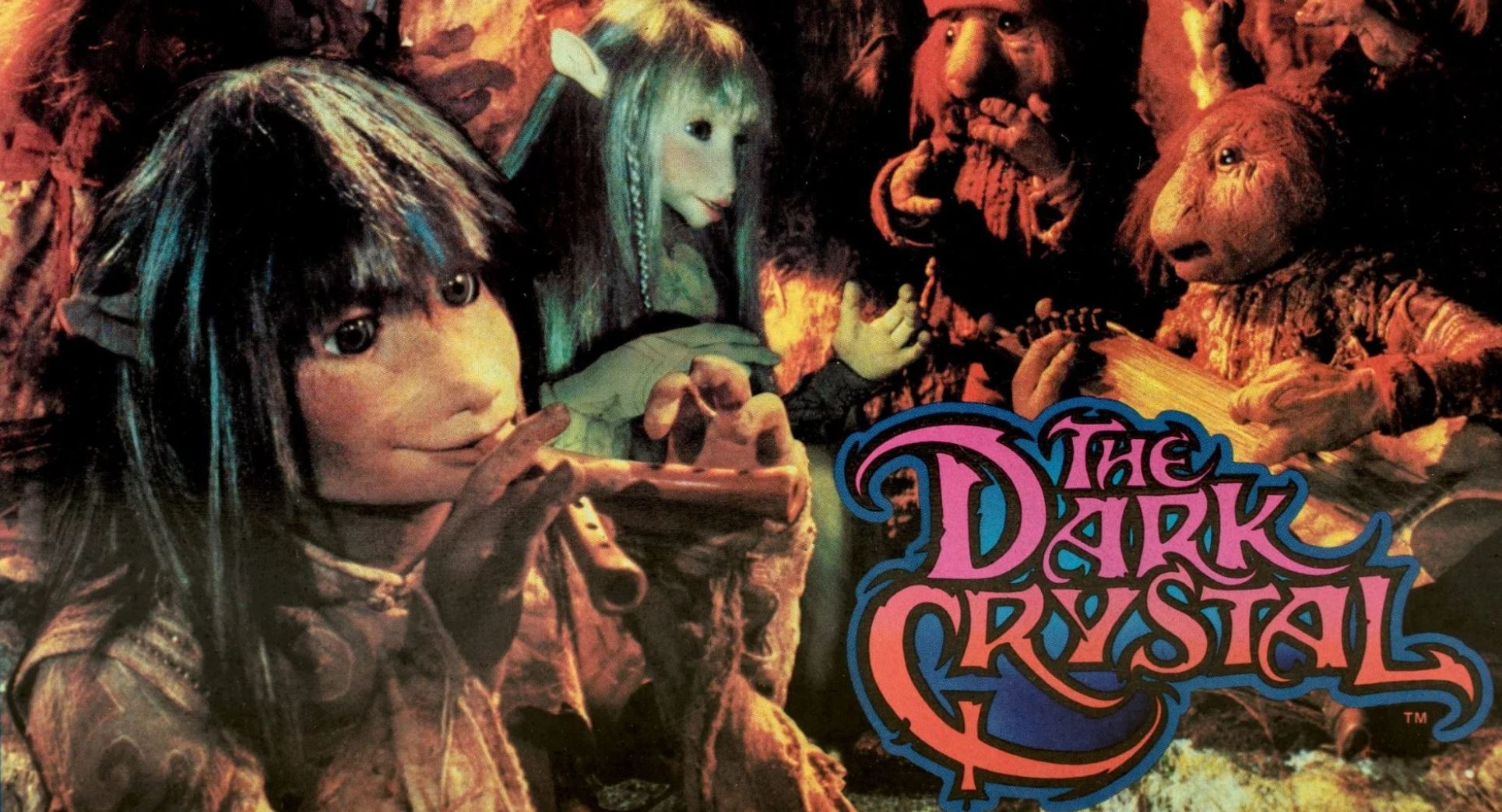 The Top 3/Bottom 3 article idea for 80’s fantasy movies comes with an ulterior motive. I want people to read my previous reviews of 80’s fantasy films. I would be lying if I said I didn’t care if people read my writing. I would also be lying if I said I did not enjoy watching these every week. I would still be lying if I said I wouldn’t mind returning this cape to Brendan, our editor. I love fantasy films, but saying the words “few things in my life has made sense like watching 80’s fantasy films” sounds ludicrous especially given that I am discussing the live-action He-Man movie. Maybe I can say I have enjoyed each one thoroughly despite some of them being utter garbage. Perhaps things like high fantasy, sword and sorcery, sci-fi, and planetary romance are like pizza or tacos, where the quality does not have strong bearing on enjoyment. Whatever it is, it has been enjoyable and now I am saying goodbye to the 80’s.

I began this journey into film with the goal of watching sword and sorcery films. Sword and sorcery, for those not familiar, differs from high fantasy in that the action is much more immediate and plot lines usually revolve around a simplified template of magic and said action. There are fewer races in sword and sorcery and humans, for the most part, are the heroes where monsters are the villains. The setting for sword and sorcery is usually prehistoric, where high fantasy is more medieval. Imagine the difference between Conan the Barbarian and Lord of the Rings and you have a decent start. This fact is, of course, a generalization as films like He-man and Highlander take place whenever the fuck they want. Looking over my list of films watched, I can safely assume that I veered off track and have added a healthy dose of general fantasy, kid’s animations, fairytales, near underground fantasy, and just whatever the fuck He-Man and Highlander are. If I have failed, then why am I having so much fun? Also where did this sauce stain come from?

Below is my summation of the 15 films I watched over the Summer and part of Fall. Looking at a giant list of films, I still missed out on seeing Excalibur, Time Bandits, Ator the Fighting Eagle, The Warrior and the Sorceress, Sword and the Valiant, Barbarian Queen, Labyrinth, and something called The Dungeonmaster. This is in no way summative of every fantasy movie from the 80’s but perhaps, in time, we can rectify that. I think I hear the microwave beeping, which means your hot pockets are done. Go grab a paper towel and lets get started.

Fantasy is sometimes good regardless of quality. I say this because the medium can fall back on escapism and niche appreciation pretty easy. It is not like people are really going to not believe a story about elves and wizards when there are things like elves and wizards in a story. Bad fantasy happens and we will look at that later. good fantasy however not only succeeds in allowing the viewer to escape but uses the extra breathing room to craft something unique and special. This is the time when those elves and wizards gives a moments pause for deep appreciation. This is sort of unfair giving the top spot to this movie. First of all, throwing other movies against the imagination of Jim Henson and Frank Oz is an unfair fight. The Dark Crystal was Jim Henson’s foray into more mature fantasy after wild success with the Muppets and side work in Star Wars. A dark aura of mortality and change hangs heavy around the film with some goddamn scary puppets, which are still pretty horrifying today. I would be lying if I said the puppet protagonist was believable to anyone over 10 but the gumption to do what I just said still lives in legacy. The Dark Crystal is a film with fond and hazy memories attached. I am delighted to report that those memories will not be embarrassing like other films which rhyme with He-Man. Emperor Skeksis dying? How about this image of his face crumbling for the next 20 years? Few times do films age gracefully and fewer still are films intended for children so resonating with adults. Yep, never sleep again. One of the primary reasons I wrote this article was to possibly recommend a title to people who may have not seen many fantasy films. Things like The Dark Crystal, Legend, and He-Man are not really, by any definition, obscure. Dragonslayer may be coming close. Attached in some bizarre lineage to George Lucas’s Industrial Light and Sound, Dragonslayer is a collaboration between Walt Disney and Paramount Pictures, which promised a more complex fantasy film for a more complex family. Well, here it is — the anti-fantasy. Despite some dead acting, Dragonslayer’s plot is filled with political shading and a near postmodern dissection of the hero myth and how history is written. The film follows a wizard’s apprentice as he stumblefucks his way around saving a kingdom from a dragon. While this sounds routine, Galen’s character, the relationship with the town and dragon, and the role of the maiden saved is far from ordinary. In fact, Dragonslayer could be thought of as the deconstructionist’s fantasy film, where conventions are challenged and rearranged. I just wanted a shitty fantasy film and now you give me something to think about. Fuck off. Oh for the loves of fuck, how did this get so far up the list? I know, Tim Curry. Alright lets be honest. Legend is near laughable if it weren’t for all of those scary ass parts with giant demons. This hyper polarized film presents a nauseatingly adorable love story caught in a surreal globe of evil and darkness. Imagine lemonade spiked with motor oil. The dichotomy presented in Legend makes it more than enough to be bafflingly amazing. Legend was directed by Ridley Scott and was suppose to introduce a more traditional, disturbing style of fairytale. You know the one where kids get eaten, abused, and eviscerated? Yeah, those ones. Well they succeeded with probably the most badass costume in the history of film. Does anyone dress up as Tom Cruise for cosplay? Hell no. Why? Because of the giant fucking Tim Curry demon with horns. Tim Curry pretty much playing a less funny Dr. Frank N Furtur from Rocky Horror combined with the beautifully shot and artfully lit scenes makes Legend live in honor as a successful fantasy film.

The 1980s was a golden era of fantasy filmmaking. The medium literally allowed some visionaries to use their imagination in creating some of today’s most iconic characters. Others, however, used the medium like one would use a ham sandwich to unlock a cellar door. While this analogy makes little sense so do some of these film when put to the test of logic and reason. Evaluating bad fantasy is difficult because, as previously mentioned, it can still be enjoyable. Hearts and Armour is unique because enjoyment is never considered during its entire running time. While the Italians have always been pretty decent at making fantasy films, such as the cache of 60’s sword and sandal films, Hearts and Armour is the exception to every rule. Based on a 16th century epic poem, Hearts and Armour was suppose to showcase a timeless tale of love, revenge, and honor. What is left is people running around is funny hats with no seemingly clear purpose. While this sounds hilarious, the mundane dredge of watching Hearts and Armour makes its existence even more insulting, especially seeing how they have all those suits of armor which could have been put to better use. Oh you want a soap opera? How about a soap opera after huffing paint? Not good enough? How about the same thing but just with less sense being made? You see, I am going to discuss this. I think I eased up on the film adaptation of He-Man after watching the documentary, Toy Masters, about the rise and fall of the He-Man toy line. Masters of the Universe is a very classic example of a movie made under duress. Not only was another series of toys depending on the film’s success, but the entire product’s popularity started to plummet halfway through production. Masters of the Universe now stands as a cautionary tale in not assuming popularity will stay static. By the time of it’s release, Masters of the Universe was a disaster of conflicting motives combined with a stale aftertaste. It is pretty terrible but I sort of feel bad for the entire thing. But not enough to let it go unpunished. One of the worst films I have seen is also one of the most entertaining. As discussed with He Man, Krull represents a movie everyone thought was going to be a hit so merchandising became ludicrous. Videogame, novelization, board game, and comic were all pushed out around the same time. The problem? Krull failed to capture the same success as films like Star Wars, and only made a fraction of it’s 50 million dollar budget. Wait. 50 million dollars? What in the hell were you spending it on? Those gross swamp sets? Set somewhere under a freeway pileup of fantasy, sci-fi, and Arthurian romance, Krull depicts the inept journey of Prince Colwyn as he tries to rescue a princess from a race of evil mutants known as Slayers. Because this film can’t be fucking simple, Krull is aided by what seems like 500 unimportant characters, which all crumple like papier-mâché soldiers during the final fight scene. Add to this a mystical weapon that comes in handy 5% of the time and you have one, hilariously bad film.