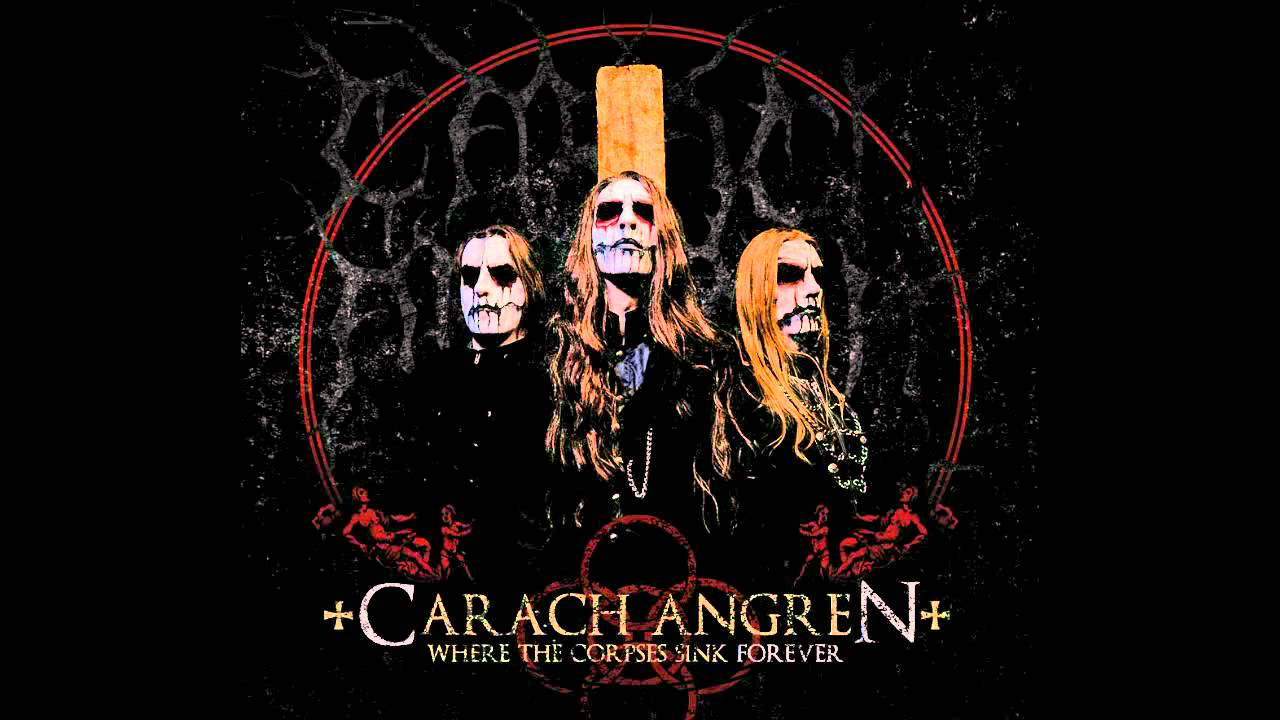 Note: This entry is apart of Kaptain Carbon’s survey on missed albums from 2012. This is, at least, how he justifies a nearly one year old record.

File this next to Dordeduh in bands I did not know about until they showed up en mass at the end of the year. Holy shit guys. You all fucking loved this album. Carach Angren you say? After a bit of research in the library vaults I found this band on a dusty back shelf. This Dutch symphonic black metal band has had decent critical success since their debut in 2008 with a sizable push for their third record Where The Corpses Sink Forever. After paging through the moldy pages of that very tome, I came to realize that Carach Angren seems to be modeling themselves, both physically and musically, after tormented banshees. This is the shriek of the ever after.

Symphonic black is a unique mixture of inaccessible music masked by more accessible elements. I hate to liken this style to coffee with whipped cream on top but I really wanted to use this metaphor for a while. Out of the black metal styles frothy vanilla latte is more introductory than chewing coffee grounds. Sweet caffeinated treats aside, symphonic black has had a rich history with great acts such as Emperor and Bal Sagoth and its style can be used for wondrous things given the right amount of patience. This is important to remember as Where the Corpses Sink Forever is a decent and enjoyable record once people suspend the right amount of disbelief.

Musically, Carach Angren lies in the middle of black metal and morbid one act plays. I almost want to put this band in the same category as newer Dimmu Borgir and the symphonic death act Fleshgod Apocalypse, but Carach Angren unfortunately is more volatile than the previous two and is about 20 times more flamboyant in their presentation. They also won’t fucking sit still. Where the Corpses Sink Forever has a memorable yet odd disproportion. Songs like “Funerary Dirge of a Violinist” or “Little Hector What Have You Done” step so many yards out of the circle of subtle with dialogue that it is near dismissive and uproarious. However, while the band toes the line between hilarity and sobering black metal, it is never boring or uninteresting. It is this aspect which makes Carach Angren endearing and possibility, to some, damn enjoyable. With the right amount of patience the band’s song and lyrical structures shine through the thick swamp fog.

Carach Angren concerns themselves with ghost stories. While this doesn’t seem like that far of a stretch for metal, Carach Angren details supernatural narratives full of terror and general anguish. From each record, the band moves from various thematic arenas. The previous album had a ghostly nautical theme while Where The Corpses Sink Forever deals with military conflict and the psychological horror of wartime circa 1940. Carach Angren’s deviation from the haunted house and Victorian insane asylums is interesting because, really, where else are you going to have the horrors of mass death and destruction like a war torn battlefield?

Where the Corpses Sink Forever, more than previous records, has its lyrics written in prose. The songs have a definitive narrative, a cast of characters, and something awful that is usually happening. More than most of their symphonic contemporaries, Carach Angren resembles King Diamond in their approach to storytelling, something that always works in their favor. It is these lyrics which are flayed and thrown at the listeners like dishware in a haunted house. It is the almost over the top attitude which makes this record a success. Much like the aforementioned King Diamond, if you’re going to concern yourself with ghosts and horror, might as well make it memorable and slightly ridiculous.

Carach Angren is polarizing. On the one hand they present elements which are near comical and on the other their music makes it enjoyable and fufilling. the band’s promotional photgraphy only adds to their theatrical image. I said nothing about this whipped cream latte not being delicious. Please leave us now.