The end of an era: ANACHRONAEON – Everyday Chronicles 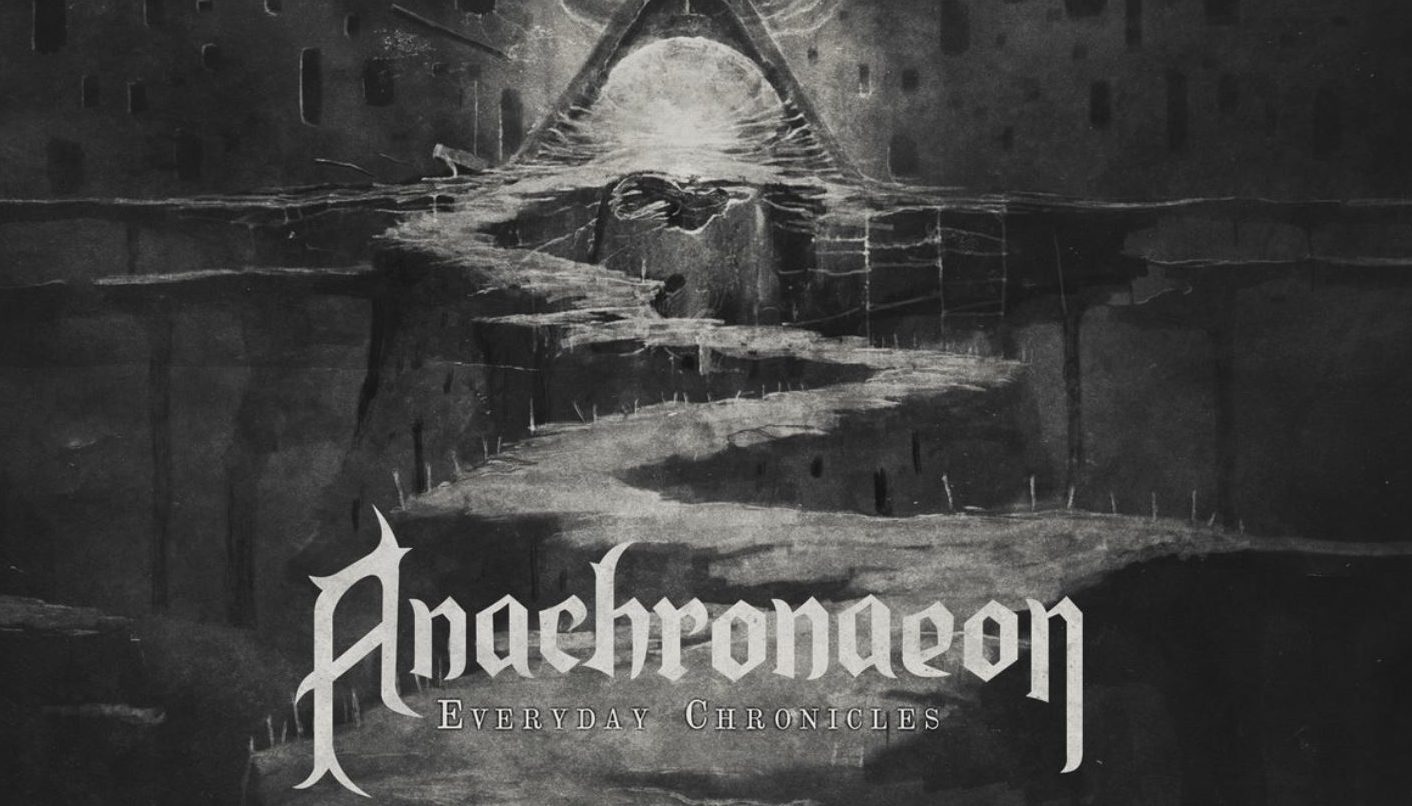 In late 2007, around the time that my fiend Damon Wang and I were getting Hollywood Metal off the ground (back then a radio show on 99.3 FM, a short range local station in Hollywood, CA) I happened across an obscure Swedish melodic death metal band called ANACHRONAEON from Västerås. The song that captured my attention was “The English Wizard” from their first full length album As The Last Human Spot In Me Dies (2007). I was obsessed with this song for months… still am. With it’s weird harmonics and mystical lead melody in the beginning before smoothing out to a heavy groove with a soaring lead guitar around 2:30. Right when you think the song has reached its final form there’s an upward tempo change at 4:10 that begins to build suspense for something that’s not quite clear the first time you hear it. At 4:50 when the galloping begins you know something is coming. At 4:58 the suspense is broken as minute and a half of a sweepy, shreddy, tappy, facemelty solo takes the stage. This is not your usual guitar hero wankery. This solo drives the song forward and feels necessary in our larger existence within the space-time continuum. I think the fact that this song’s lyrics are inspired by a terrible movie starring Jean Reno and Christina Applegate called Just Visiting about a medieval knight that is accidently transported to the 21st century by a Wizard. (I kid you not!) …only adds to its mystique. Suffices to say that this track featured prominently in the next episode of Hollywood Metal Radio followed by “Anachronaeon (Where People Live in Dreams)” and several more over our years of existence as a radio show.

I don’t remember how I first came into contact with Patrik Karlsson, Anachronaeon’s main guitarist and songwriter. Perhaps it was through MySpace which was reigning supreme in the digital music sphere at the time. In any event, word that he had an enclave of fans in the Hollywood area reached him and he was gracious enough to reach out and reciprocate the appreciation for our small obscure metal outfit far away from the shores of Lake Mälaren. In the years that followed we would keep in contact and conduct interviews with Patrik on the radio show and cover Anachroneaon releases for the website.

In the 15 years of Anachronaeon’s existence they released 6 full length albums including 4 for Stygian Crypt Records, a small label out of Russia. Each of them different from the previous but holding true to the melodic death equation set forth by Patrik and drummer Andreas Åkerlind when the duo first started playing together in the year 2000. I was more than a little shocked, considering how solid all the releases had been, when Patrik informed me that Anachronaeon would be closing up shop following the release of their latest full length entitled Everyday Chronicles.

In the note that Patrik wrote to fans, he describes the arduous process of developing music to satisfy ones own creative expectations and particularly the level of love and passion that must be kept up during that process in order to reach those goals. The moment the love wanes or the passions shift course, the task of creating music–particularly for metal because of its technical nature and nuanced recording and mixing challenges–becomes not a labor of love, but a rote Sisyphean process that many bands fail to recognize in themselves either through veil of habit or by coercion via financial pressure. In either case, the outcome is the same… both art and artist suffer. So it is with a heavy heart that I will now reflect on my album of the year selection and the final album by one of my all-time favorite bands.

One thing you were guaranteed to get with any Anachronaeon release is an abundance of killer lead melodies soaring above each track. The opening track “Denial Card” indicates that we will not deviate from a tried and true algorithm. “Within Fairytales” is a track in which the drums really shine… rumbling double bass under melancholic tones finishing with the sad twinge of despair that echoes the story in the lyrics (available on bandcamp). “Relief” contains all of my favorite elements. From the leads, to the solo, to the hard charging drums… so much is packed into a ~4 minute song. “The Shadow in the Burning Sunset” – the first epic of album. Clocking in at over 8 minutes, this one is a real banger. We are lulled into into the track with an acoustic serenade before a blitz of speed and shred 40 seconds in. Several more of these onslaughts occur following melodic interludes. It was only after hearing the track that I sought the lyrics and learned the tale being told was that of Blackbeard the pirate. As if I needed more reasons to love it…

Though its only track 5 of 10, “Vampire” feels like it is setting up the back half the album with an intro that sounds a bit different from what you might expect within this album. After the intro the song rips alongside the introduction of haunting choral vocals. “Under the Wintersun” is an instrumental track that is densely layered that stays interesting through a number of changes but eventually comes back to a main theme that already feels like home base before taking us out with some smooth sweep picking. “Cog” takes a slightly black-thrash approach with some heavy riffage and choral screams.

“Scalpel-God” is the shortest song on the album but it might be one of the hardest hitting. The dueling guttural and blackened-scream vocal style create a haunting atmosphere for some lyrically intense melodic black shred. “Open Road” is another charger of a track with a melancholic interlude between two thrashy segments and a somber acoustic close. Finally, “Ashes in your mouth” picks up where the last one left off with a melancholic acoustic opening for the first few minutes. When the melodic death returns it hits like a ton of bricks before smoothing out underneath a hypnotic lead. The back half of the track again flirts with black metal but always returning to the main melody before a final strings and piano close. Knowing that this is the last time I’ll hear a new Anachronaeon track those last few deep notes echo in the heartstrings long after the album concludes.

And so that’s the end. And this has been a small tribute to a project that brought joy and inspiration to some people 9000 kilometers from its origin and birthed a friendship that will endure far into the future. If Patrik, Andreas, Kenneth or Mattias of Anachronaeon find themselves involved with metal projects you can be sure that we’ll be covering it.