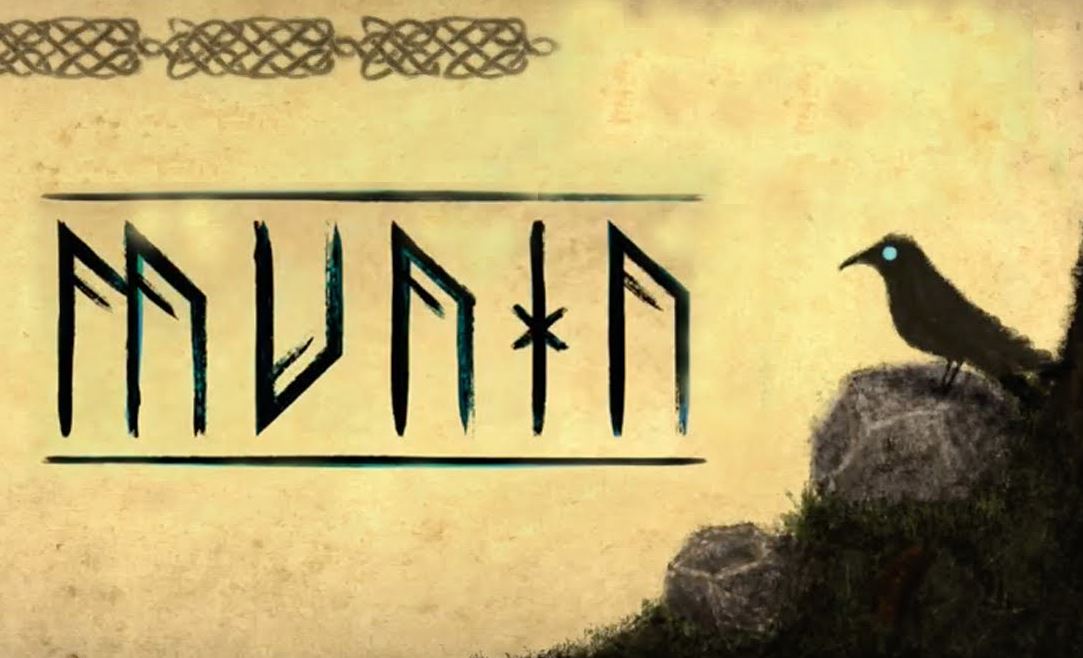 Mythologically speaking, Odin the Norse God-king was flanked by two ravens, Muninn and Huginn. I say this because, other than a bit of feathery hinting, I can’t remember a single instance of modern Odin that involved them as distinct entities. It seems the attention span of developers is just long enough to make the raven connection, but besides surrounding him with a flock of the cackling bastards there’s never been much attention given. This is excepting the fantastic “Age of Mythology”, but that came out 12 years ago and holy shit have I gotten old…

Now, in what scholars will one day refer to as the “whatever the fuck goes, apparently” (or the golden age, if they’re talking to doddering weak-minded old people like everyone as yet born) Muninn has his own game. If you took more than 5 seconds to translate that, the plot of this game is going to remain an absolute mystery to you

Muninn (or Munin, as the game insists on spelling it) is an unusual game that, aside from the artstyle, has absolutely nothing to do with Norse paganism or its own titular character, which is more than little weird. It’s a puzzle game about collecting feathers for a raven who, thanks to all of Norseland’s most frattish dickwhistle doesn’t have any feathers. And since everyone knows a featherless raven is just a guy in a hat and poncho, that’s who you are while you run about this odd universe, collecting them all up again. Forget that there’s no logical explanation for any of these mechanics to be tied to any part of the plot.

In the game’s favour, it is interesting to play. Each world has its own gimmick, like fluid mechanics or boulders to manipulate (and it does seem like the manipulation of balls into holes played a major part in ancient Norse culture, so it seems I owe “Darksiders 2” an apology). The difficulty scales well from easily and simplistic to fiendishly complex, all within the same set of rules. It’s competently made at least, and good for burning a couple of hours. It’s also handy that apparently nobody else on earth has heard of this game, just because there’s no walkthroughs for any of the puzzles, keeping you honest. Who the fuck even lives in these hellscapes, when they’re not being puzzled by nude ravens?

It’s puzzling, because there’s absolutely nothing tying the game to its Norse theme, which was the only thing that attracted me to it in the first place. There’s a plot, but I’ve no idea what it is since it’s conveyed entirely in a borderline unreadable runic font during loading screens. So if you’ve got a half decent processor, I wish you more luck than I had.

Beyond that it’s absolutely average in all respects except for one, and that’s the soundtrack. More than once I found myself getting bored with the game, Alt-Tabbing out, and just listening to the soundtrack while I looked for something better to do.

It’s hardly flaming praise, but I found it to be more enjoyable to listen to than play.