The Year in Heavy Metal 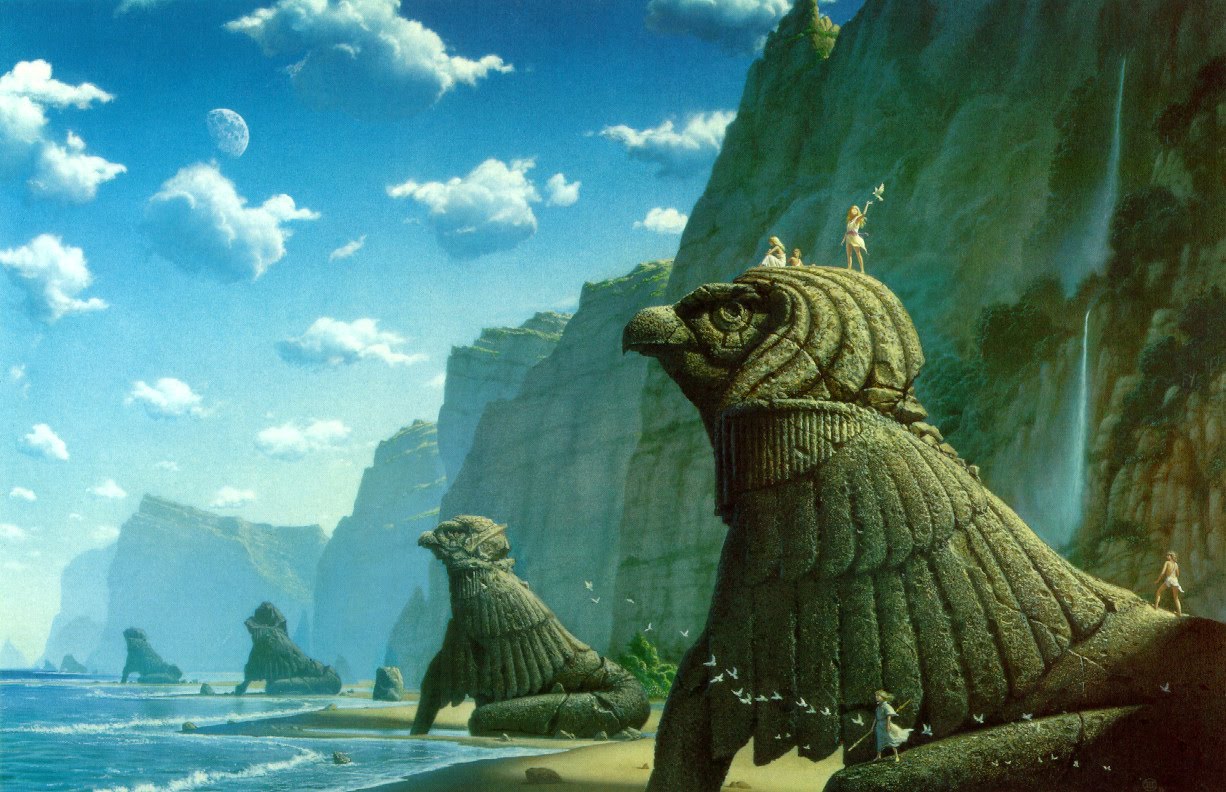 I believe that it is safe to say that heavy metal in the year 2016 is getting stronger, perhaps to the point that a divide between good and bad is starting to form. When I say heavy metal I mean traditional metal as it is being distinguished from the more symphonic variety of power metal. This could also include some forms of power as well as speed. 2016 saw a lot of words being thrown around for a style that has been around through ups and downs for decades. The rebranding of traditional metal took on a connotation of being a “new wave” despite the fact that bands have been operating in this style for years. This is not important. What is important is finding new music and for some people, this style of heavy metal which channels the spirits of old heavy metal and can be heard on its dedicated labels is a godsend for people wanting a fireball of old fashioned heavy metal.

In a previous article, I already discussed the albums of Eternal Champion, Sumerlands, and Ravensire. Because I am just emerging in this style, most of the bands gleaned from the internet either via Reddit users or the channel NWOTHM Full Albums. Thanks to everyone who hlped me along on this process. Both have been a boon in discovery and I hope they continue being heavy metal nerds. It is my hope for Heavy Metal 2017 that I slowly become knowledgeable in a style which seems to be becoming larger by the day. Goodbye 2017. Hello new year.

Heavy metal in 2016 has many different subtitles which lean it towards an aesthetic theme. Throughout the year, there has been a tendency towards the silly and ridiculous. Australia’s Tarot is none of that with a reverence towards 70’s hard rock in the vein of Rainbow, Uriah Heep, and Deep Purple. One of the most important aspects regarding Tarot is that while their sound is very much rooted in a traditional style, their aesthetic does not fall into the costume category. Reflections is more apart of 2016 than it is the mid 70’s.

Finland’s Angel Sword could be considered a throwback band which raises the spirits of Manilla Road, Cloven Hoof, and old United States Power Metal which accented raw vocals with catchy instrumentation. I guess there is nothing that separates them from other bands which I do not like other than the fact Angel Sword fucking rules and their album art is top notch. I guess in this frontier of heavy metal there is little science aided by a lot of guess work. Rebels Beyond the Pale channels the dorky fascination of early USPM with a record that is as escapist as it comes.

Demon Bitch took me the longest time to adjust to. The production was low and the cover art looked like it came from a garage sale. The high pitched vocals of Logon Saton (who also did the cover) combined with the neoclassical edge of the guitar work settles this record a bit for enjoyment. Add to the fact that Hellfriends came out on Poland’s Skol records who have been working tirelessly remastering forgotten heavy metal releases from the 80’s and one has a good bearing for the caliber of music for the new year.

I consider any lyrical themes which match the music to be a success. UK’s Wytch Hazel wraps spiritual subject matter around decent heavy metal in a formula that sees the sum being greater than its parts. The fact that Wytch Hazel is not obnoxious with either one of these aspects is impressive as both the music and lyrics can be a source of flaunting in a world ruled by demons and devils. The uplifting nature of both lyrics and music can be a novelty but it takes a decent band to ride out past internal surprise.

Germany’s High Roller Records is a yearbook of wonderful past artists from Cloven Hoof to High Treason. Sweden’s Lethal Steel on High Roller already joins the ranks of 2016 releases such as High Spirits and Vulture with a release that bridges the past and future. Legion of the Night is a fantastic debut by a band who shows not only technical prowess but the restraint to drive melodies with convincing delivery. Sometimes the greater things come in subtlety and Legion of the Night maybe lacking in pyrotechnics but they power the dark with heart.

One of the more difficult bands to search for and also an act that is a one man outfit centered around the vision of Tommi Varsala. While still in the planning stages, Yeth Hound not only represents one of the few heavy metal EPs / Demos floating in a sea of black and death material but also a fantastic start for a full sound coming from one person. Throughout the short 25 minute running time, Tyfon’s Doom holds enough energy for a full length release which still could be praised at the end of the year.