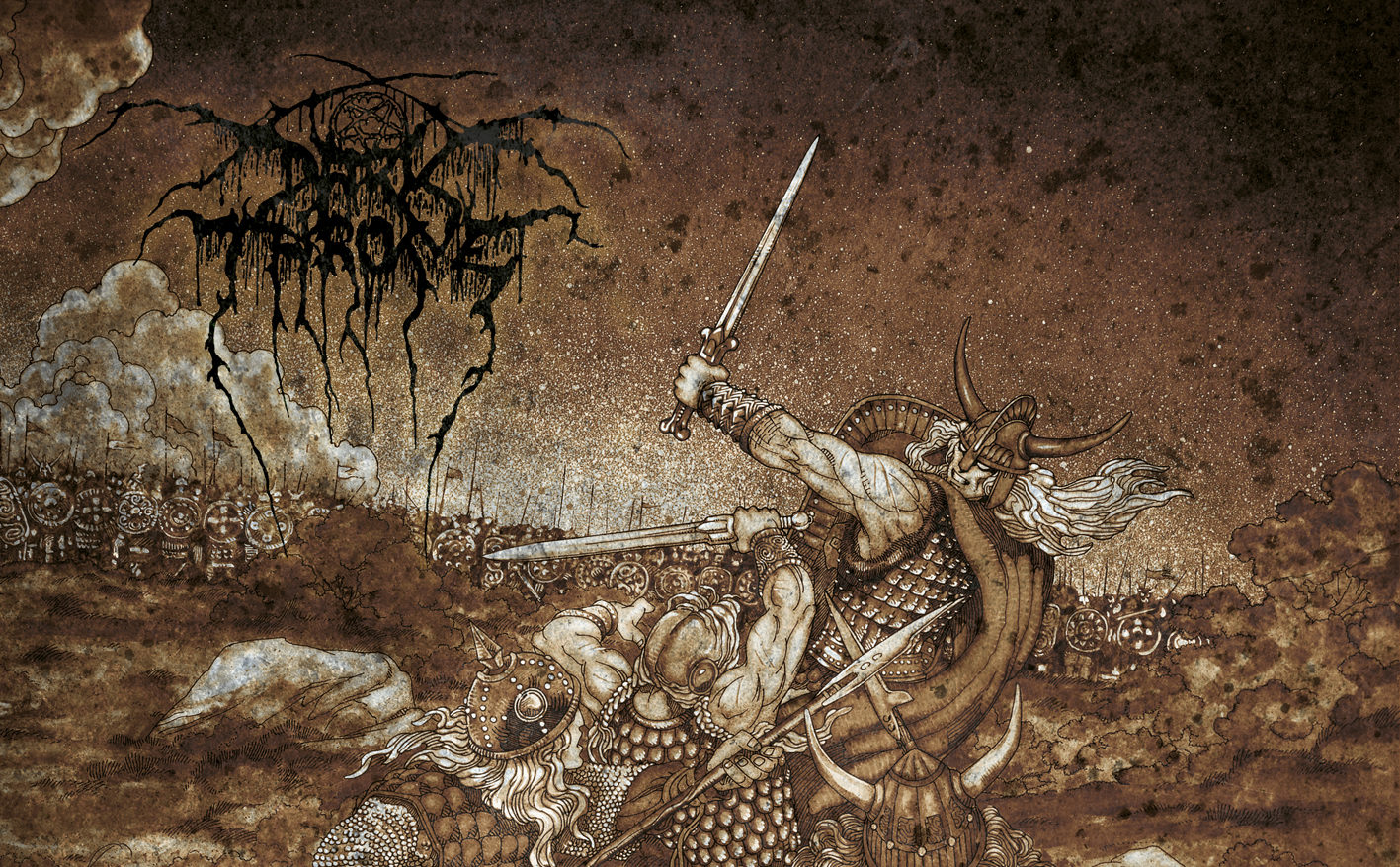 Darkthrone’s two decade war against the mainstream continues with “The Underground Resistance” and this insurrection shows no signs of stopping.. Rather, they launch this assault with renewed vigor and purpose, further honing the hybrid sound that they have been exploring since the latter half of the previous decade.

The arsenal this time around comprises six cuts of meat-and-potatoes Metal weaponry. These sonic swords were forged by veteran craftsman and are swung with a comparable amount of skill (albeit less care). And while 2010’s “Circle the Wagons” oscillated awkwardly between Fenriz’s dirty Speed Metal cuts and Nocturno Culto’s slabs of blackened doom, this sequel finds those elements operating as one massive maelstrom of Norwegian attitude. “Dead Early” chomps at the bit like a surly hound, straining at its leash until it breaks free at 1:21, unleashing an onslaught of cascading guitars and D-Beating drums. The rhythmic shifts in “Come Warfare, The Entire Doom” are more frequent, and the structure more labyrinthine, but the outcome is no less powerful.

These tracks are no less ferocious than those found on the band’s earliest releases, nor is it a rejection of that music. Instead, it’s a celebration of all of the underground Rock ‘n Roll that has inspired the duo for their entire career. The brooding stomp of “Lesser Men” would not have been out of place on one of the band’s 90s releases, and Fenriz’s crude and often flat clean vocals on songs like “Valkyrie” sound like they were laid down in one take in between swigs of mead. The same armory is in use but the battle plan has changed.

So refined is this machinery of war that it’s surprising how cumbersome the thirteen-minute closing track “Leave No Cross Unturned” is. The components are as strong as those from any of the album’s other songs, but their iteration is simply too high. The group vamps for so long at the outset that at first I thought the song might be an instrumental, and the second statement of the lengthy B section (“breakdown”, if you will) feels as unnecessary as bandages in Valhalla. It genuinely feels like the band padded the song with unnecessary repetition in order to increase the length of the album.

“The Underground Resistance” won’t appeal to people who prefer their Metal polished and precise, but those who enjoy raw, rebellious noise drenched in attitude and bursting with personality will find plenty to enjoy here. Minor squabbles within the rebel camp aside, this album is a respectable volley against the establishment, and in that larger conflict I definitely know whose side I’m on.