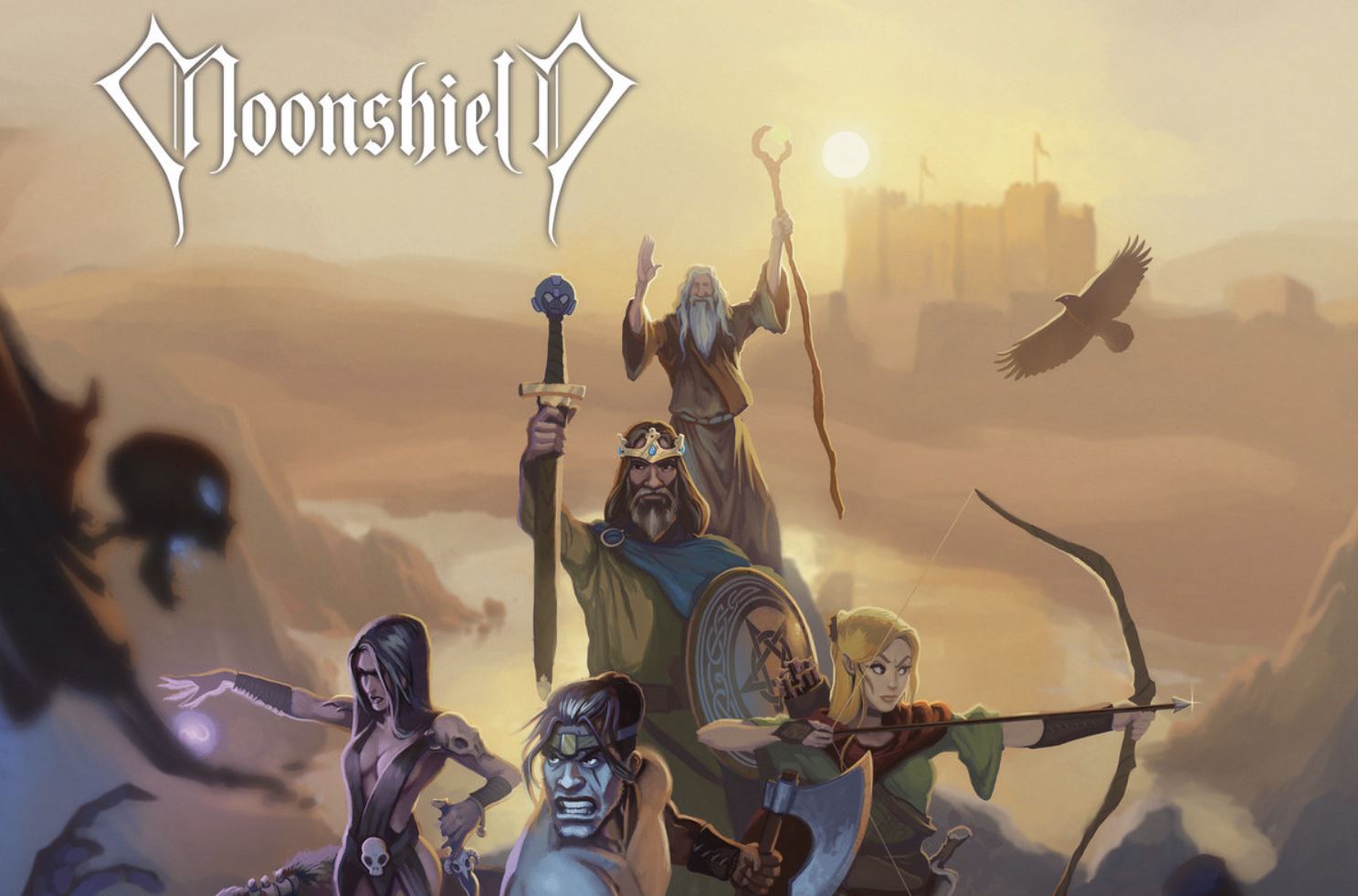 Harken, brave adventurer, and let me regale you with an epic yarn of war and wizardry, of fire and fell deeds – a tale from days of old, veiled in the mists of legend! Well, not really, this is a music review.

But looking at the cover art to the debut album by Moonshield you’d be right to expect a fair level of sword and sorcery shenanigans, and the Atlanta axe-wielders dutifully deliver on that promise. The Warband is a concept album recounting the battles of legendary war-chief Hengest who is said to have led the 5th century Anglo-Saxon invasion of Britain and gone on to become the first king of Kent. Worry not, this is no history lesson. Lyrically, we are firmly in the realm of the fantastical with wizardry, magic arrows, and even a death cleric riding a wave of rats joining the fray.

Tall tales of carnage and conquest call for aggressive accompaniment, which is exactly what you get here. Moonshield come charging onto the battlefield armed to the teeth with a gloriously mixed arsenal of blisteringly fast-paced songs comprising elements of thrash, melodeath, hardcore, power metal, and chiptune. Yes, chiptune. It makes quite a charming addition to the otherwise relentless musical mayhem, even though it primarily appears as interludes between songs. I would have loved to have heard it incorporated into the songs more like in the short instrumental Get Equipped With.

One of the bands’ greatest strengths is the way they manage to combine their tirelessly furious delivery with excellent melodies and epic themes. Thunderous riffage gives way to sweeping twin guitar harmonies making the album’s content just as colorful as its cover art. Vocals are of the throat-ripping and ear-rending variety. Now, I love me a good scream fest as well as the next guy, and vocalist Richard Phillip gets a huge A for effort, but I feel the story and the colorful lyrics get lost in the harsh shrieking at times. That being said, the vocal style goes hand in hand with the intensity of the songs, so fans of hardcore should find little to gripe about. Production-wise, the album leaves little to be desired with all instruments standing out nice and clearly in the mix. Oh, and look out for the Final Fantasy shout-out at the very end.

Overall, The Warband is a hugely entertaining metal ride and shows great promise for Moonshield. The album is name your price on Bandcamp, so you can get it for free, but I recommend throwing a few well-deserved bucks after these guys. Forge on, metal warriors!