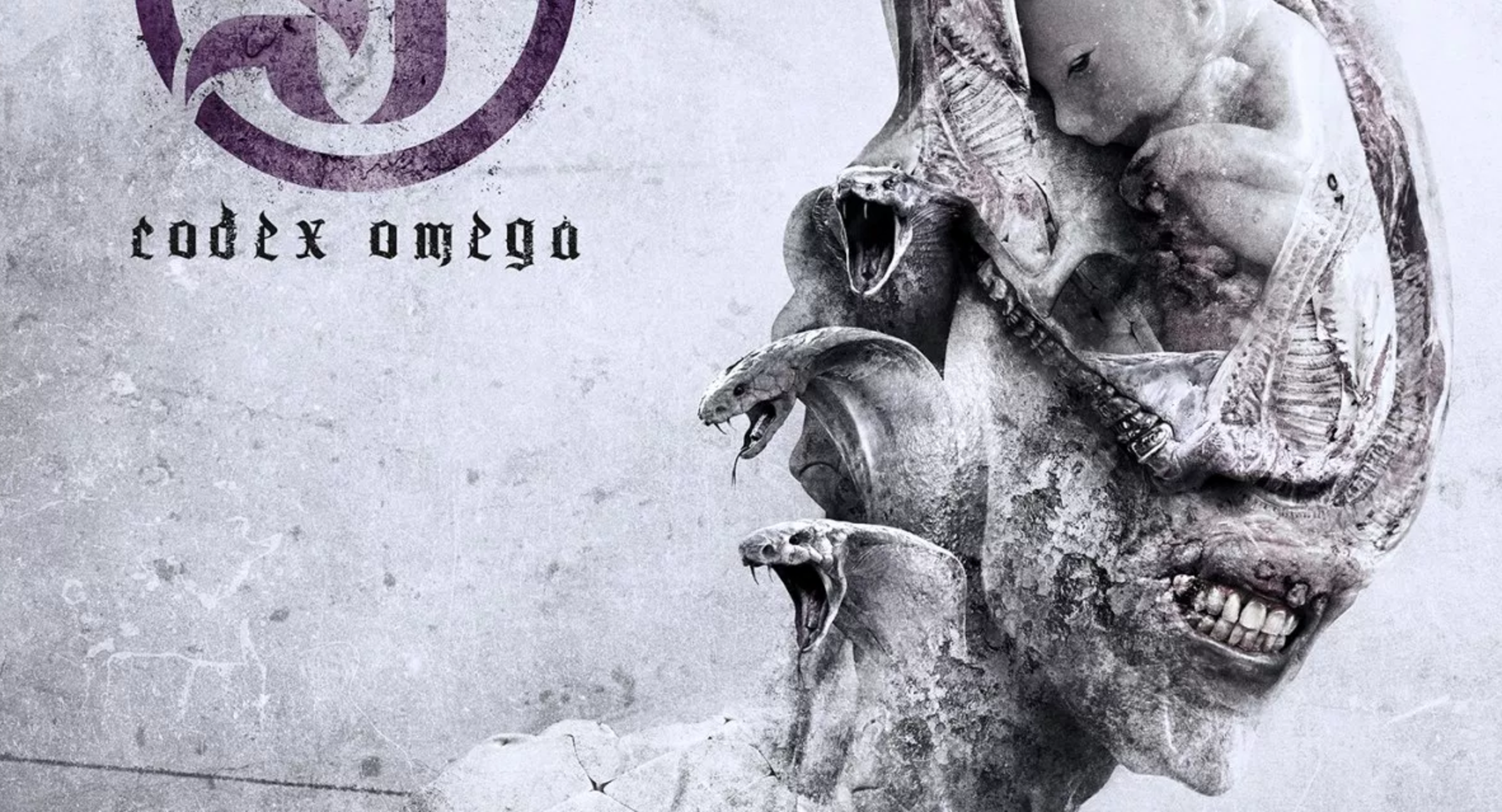 Before we start this review. I must give thanks to Spiros Antoniou (Seth) for not only having an AMA on r/metal rather than other places on Reddit but answering most of the questions from fans including mine about the alien latex suit they wore for promo shots. the name Septicflesh carries weight in the extreme metal world for being one of the more recognizable names in the atmospheric / symphonic death genre mostly because there are only a handful of bands actually employing the style. Even if this wasn’t the case, bands like Septicflesh, Behemoth, and Nile operate in the same universe apart from the other black and death metal bands. where caverns and tombs populate one, the same in found in Septicflesh’s work, though it is probably on some distant planet most likely not apart of this dimension.

Codex Omega is the band’s 10th album since their debut in 1994. In fact, appreciating the longevity for this band is easy seeing how their systematic releases over the course of the last few decades has been met with healthy praise. Part of this comes with the band’s willingness to release an album every 3-5 years which does’t build up excitement rather it reminds fans occasionally that there is something to now look forward to. Similar to the band’s 2014 release Titan, Septicflesh pushes the concept of atmospheric death metal into arenas with vaulted ceilings and perhaps some swirling portal floating above the ground.

Codex Omega reminds me how fun extreme metal can be. The narrative qualities and versatility displayed with the musicianship makes listening to the album an enjoyable experience. In a world where adjectives like horrid, cruel, and misery can be used as positive qualities, it is pleasant to have a record which isn’t assaulting in its qualities rather engaging in it mysticism. Codex Omega offers the symphonic slant towards extreme metal as an aspect of escapism which gives the sound a grand and epic tone. Songs like “Enemy of Truth” are full scale productions which make use of its choir and orchestral arrangements. whether or not those arrangements are real or synthesized matters less when the listener is enveloped in a world of alien splendor.

Atmospheric and symphonic death metal is a style that is pretty well known yet there are very few bands who actively seek the style. Other forms of death metal are much more prevalent in the underground so hearing things like Codex Omega has the benefit of freshness. This combined with the band’s skill and tenacity makes Codex Omega more like an event which has the ability to shock and awe its listener. For someone who has spent the last few years in the caverns of death metal, it is enjoyable to take a trip to another dimension once in awhile.