OLD TOWER – The Rise Of The Spectral Horizons 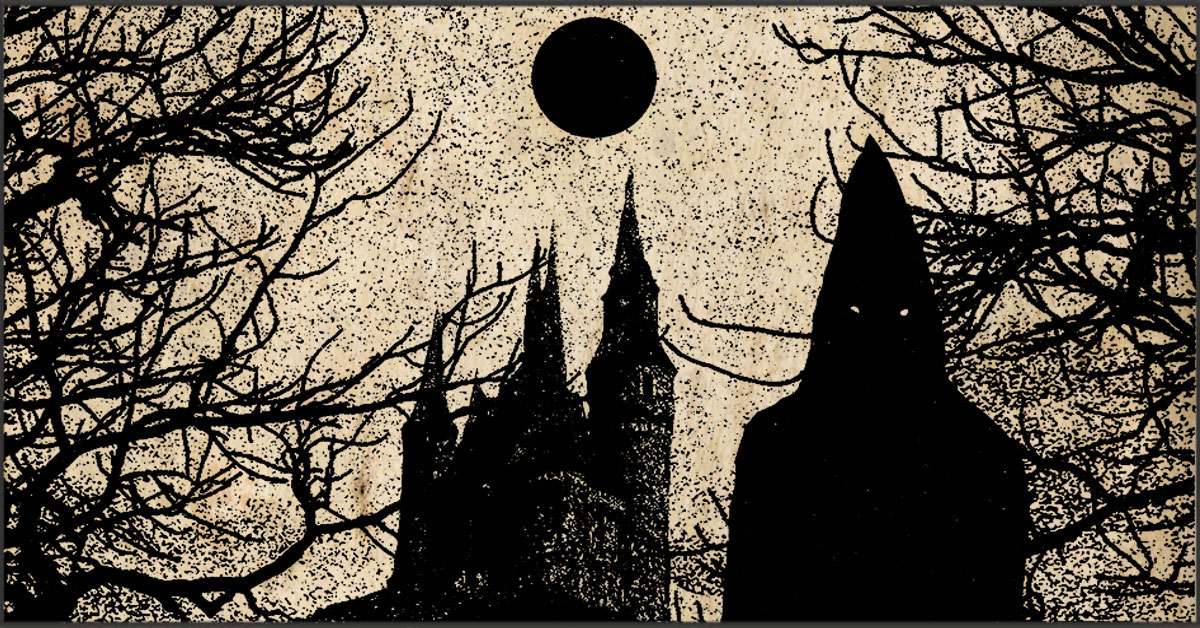 The above was a blurb for Old Tower’s 2018 and Profound Lore (?) debut Stellary Wisdom. It was probably also one of my last written for the 33rd entry into the Dungeon Synth Digest. This entry, for some, was an odd blip in an otherwise routine catalog for Profound Lore. For others, Stellary Wisdom was a success tory which was celebrated by a few people on the internet. I think this can be underscored as the cover use for Old Tower’s 2017 Rise of the Specter also accompanied a famous Bandcamp article which brought fame and turmoil to the growing dungeon synth scene.

I remember throughout my time spent with dungeon synth the zeal and joy seeing an artist like Old Tower climb through the haze and be recognized on a larger stage. While there are plenty of great artists, Old Tower’s aesthetics and presentation makes sense that if only one dungeon synth artist is going to be heard by the world, it might as well be this one. Since the release of Stellary Wisdom in the early days of 2018, Old tower has has its demos and oddities plundered with rereleases of past material. This is mostly due to the absurd secondary market economics when it comes to limited edition cassettes. Below are some current material from Old Tower in case you, like myself, have missed some dark ruminations in the cold ruins.

It is fitting I can not find much information related to this release as it seems to be hidden in a world that is not apart of the one I am used to. Hospital Productions is a US based experimental electronic label which has been putting out forward thinking and bizarre music since 1998 with perhaps Merzbow being the most recognizable name on roster. Old Tower’s Drachenblut is a three song EP devoted to…well..dragons and fits oddly in a catalog of dark techno and harsh noise releases. Most of Hospital Productions releases are interesting to visit with two great releases by Silent Servant and the 20 CD noise retrospective from Skin Crime. Perhaps once familiarizing oneself with the rest of Hospital Productions, the familiar sounds of Old Tower wont seem that odd. In fact the familiar and melodious drone of Old Tower is perhaps the easiest to understand in a catalog of otherwise confrontational noise.

The Rise of Spectral Horizons is a compilation that effortlessly combines some out of print releases to coincide with the artists populairty. 2016’s Spectral Horizon and 2017’s Rise of the Specter are presented in one digital collection. I am not going to criticize a compilation too much as getting into an artist physically maybe difficult when the original cassettes can go for 200$. As much as I enjoy supporting and collecting original works, the secondary market for dungeon synth is absurd given the low print run for most of the original tapes. While people can freely listen to all of the Old Tower digitally and buy the digital albums for less than 5$, owning physical copies can not be understated. Much like cataloging now canonical works, Old Tower has become so integral in our history of contemporary dungeon synth that compilations are perhaps important. While others are forgotten, some are marked for archival preservation and this is one of many for Old Tower.