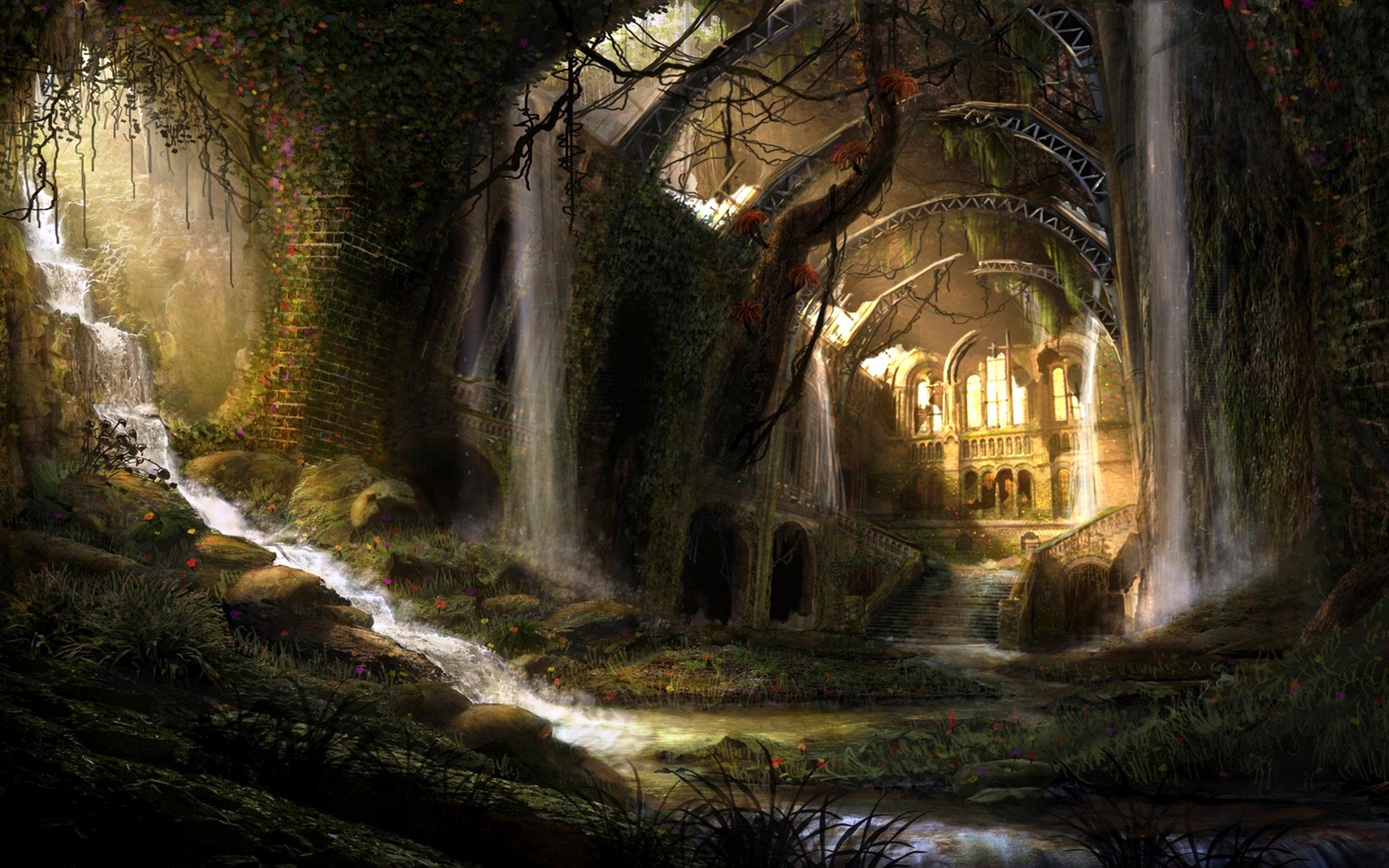 Watchtower is a monthly digest compiling interesting developments in speed, heavy, and doom albums on Bandcamp. to fit the theme of the site, these albums were chosen for their recent release and also for potential interest with people who are already adventuring in the worlds of fantasy. As always I also try to highlight an artist and their work in the realms of fantasy art. This month’s picture is of a striking landscape whose creator has been completely severed from the picture. Through numerous searching I can not find the artist for this landscape and the only place which it now survives is on the numerous boards for various Pintrest users. I am sure it will surface eventually or with more digging but this landscape is typical of many digital fantasy artwork where artists attributions become lost in the ether and all that remains is the image fading into obscurity.

TAGS: doom metal, epic metal, folk metal, hardrock, heavy metal, Jungian epic metal. Yes! My favorite type of epic metal. Grendel’s Sÿster is from Germany and takes their cues from bands like Slough Feg, Manilla Road, Legend, and other traditional metal with possible folk leanings. I do not know much about Jungian themes that would be different than most other folk metal but what I can say is Orphic Gold Leaves is interesting and suitable for wandering into the woods with.

A few years ago I wrote articles on the state of Indian heavy metal and its development into a global stage. While I haven’t checked in on India in a while, seeing Against Evil is from India and having a specific sound does not surprise me as I feel the country is now just like any other in its export of interesting records from emerging bands. All Hail the King is a standard and pleasing record for anyone interested in traditional heavy metal will a full sound and love for fantasy.

Wow, look at that cover. Wow look at that profile pic. Well, I guess it makes sense as there are a ton of vocals on this record and probally constructing this fantastic universe. Dol Ammad is from Greece and is from the Bandcamp bio an “epic space metal project from composer Thanasis Lightbridge (which) combines bombastic power metal with synthesizers and a 12-member classical choir.” At the very least one has to be interested. Cosmic Gods: Episode II – Astroatlas is the continuation of a project which began in 2012 and by all accounts it reaches for the stars and a little beyond. This is the type of music one is going to be completely on board with or left with a puzzled look. Aside from a few spots where I feel there could be lead vocals, Cosmic Gods: Episode II – Astroatlas is serviceable enough for people looking for an escape into the ethereal space realms of tomorrow.

Michael Romeo is better known as the lead guitarist for Symphony X and has been since 1994. The Michael Romeo project began as a solo venture in the 90’s which ran along side of Symphony X but stopped at one record. War of the Worlds // Pt. 1 is the second album from Romeo and by all accounts the first in a series of shred / power / progressive records which sound as competent as a record can sound with a competent composer behind the wheel.

I really want Symphony of Tragedy to come out with a full length as two tracks released in May of 2018 does not fulfill my desire for more symphonic power metal. In fact both of the tracks show a band that is ready for a bigger album to they can spread their majestic wings and fly to the peak of the mount which adorns their cover.