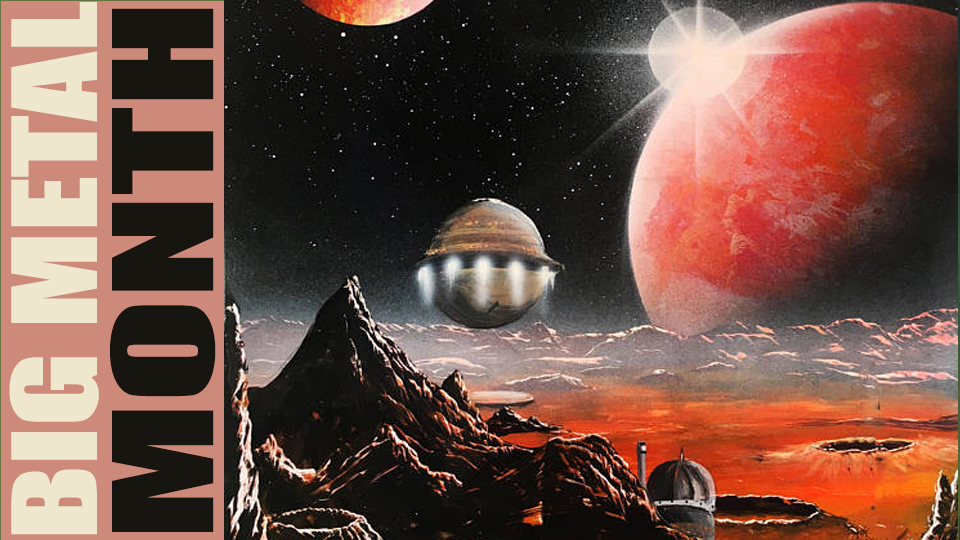 This is the third single from Judas Priest’s 18th album Firepower. The previous singles, “Firepower” and “Lightning Strike”, gave longtime fans and people who havent listened to metal since the 80’s something to look forward to to as both songs shook off the lethargy of previous records. “Never The Heroes” shifts down in terms of tempo but is still just as strong as previous singles even more so when not looking at the lame lyric animated video.

Andrew WK is less metal and more bombastic power rock. Though this artist has been around since 2001, You’re Not Alone is the fifth proper studio album which lies in a discography of covers, rereleases, and other curiosities. If you have followed Andrew WK career, you will be privy to an evolution from gimmicky one hit wonder to a near two decade career of self help motivation with above average music. While positive emotions were always built into this artists work, You’re Not Alone is an album which is as bright and endearing as it attempts to be.

Exile Amongst the Ruins is Primordial’s 9th band and can really be argues if they belong in the same mainstream league as Judas Preist. Regardless, this Irish folk metal outfit has always been a compass for the correct direction of folk metal. Ibn absence of costumes and goofy gimmicks, the scope of history and breathe of emotion is stunning.

Ihsahn, is of course, the frontman for Norwegian black metal band Emperor. I feel we can start using the past presence for this as Ihsahn’s solo work has become a premiere event for anyone who likes black metal fed through a progressive shredder.

Did I mention I love Dimmu Borgir and not really their actual black metal material. I love new Dimmu Borgir because it has traveled beyond anything recognizable and has become a dark opera. Eonian is the the band’s 10th studio album and first in 8 years since 2010’s Abrahadabra. Though the cover art for the album is too understanding for the scope of the band’s music, Eonian should be a treat for anyone brave enough to travel beyond the borders of black metal.

At The Gates has had a wild history. From a genre defining record in the 90’s to disbanding and reforming, this Swedish death metal outfit continues to surprise everyone even if it is because they are still making music. To Drink from the Night Itself is the 6th album from the band and follows the so so received At War with Reality in 2014. From the sounds of the self titled debut single, things seem to be in order in terms of melodic death.