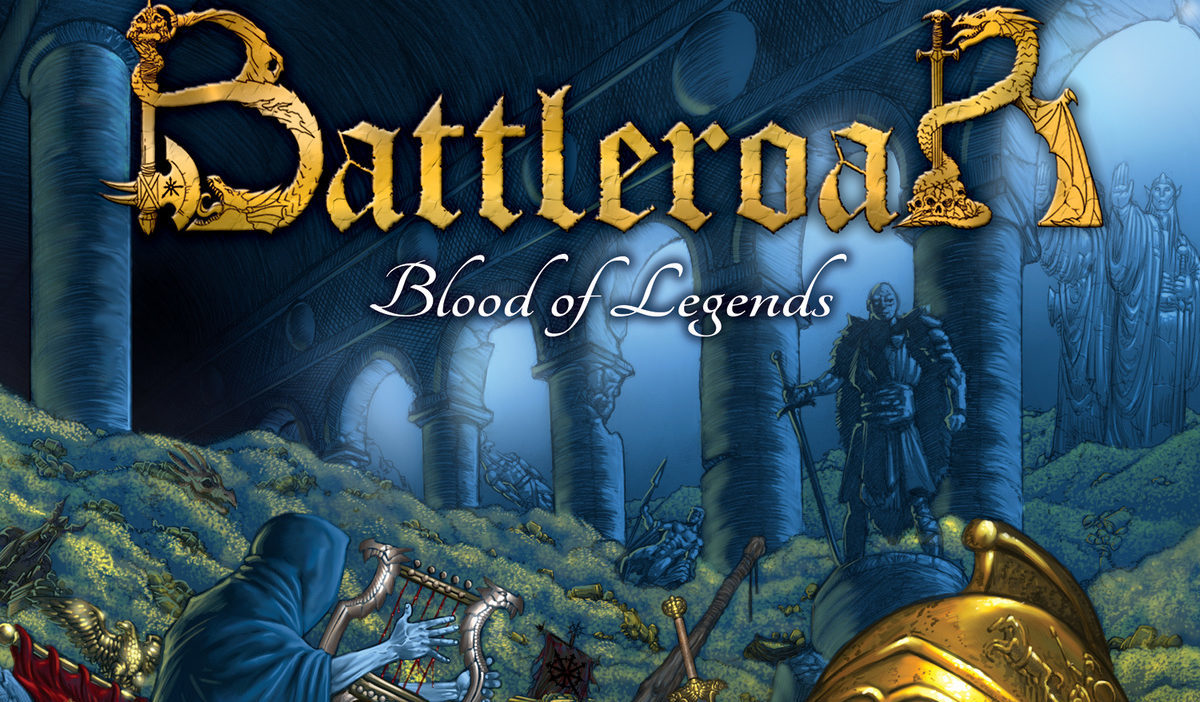 As 2014 closes, I have yet another release from late spring…of last year. Damn it. As hard as I may try, I will never hear everything from a given year during that same year. Battleroar is from Greece and fills out their sound with six capable members. Seriously. If you have a full time violinist in your band, there is no time to waste dancing around the issue. Battleroar is here to drag its audience to the lonely altar of 80’s power metal with a massive calvary.

While Battleroar’s fourth record, Blood of Legends, has similar qualities to dozens of other power metal records, including a fantasy lyrics, varying tempo, and long intros, it is important to note their contrast between vocals and instrumentation. Against this lush landscape of violin and twin guitar chariots, the vocals have a less than grand status. This isn’t because Blood of Legends has new vocalist Gerrit Mutz, singer for doom act Dawn of Winter, appearing, since Battleroar’s previous singer Marco Concoreggi had the same “human” qualities. What these seemingly flawed vocals add against the background of deep instrumentation is a mortal charm, which lives in the same spirit of Manilla Road and a more tempered Cirith Ungol. I understand it is a strange qualities to attach oneself to, but songs like “Poison Well” and “The Swords are Drawn” are uniquely tied to this aesthetic and set Battleroar apart from a sea of flawless power metal clones. It is this quality that makes the fantasy focus so much more genuine.

The Blood of Legends is by no means perfect, or even a gem that was overlooked at the end of the year. The band is made for a very narrow audience, one who can both appreciate fantasy as well as a enjoy a style of music that once ruled high in the 1980’s. What Battleroar can be commended for is its perseverance in what seems to be ongoing lineup changes and exponential member growth. This band has the potential to do extraordinary things in the future though I doubt anyone, including myself, will be ready for it.