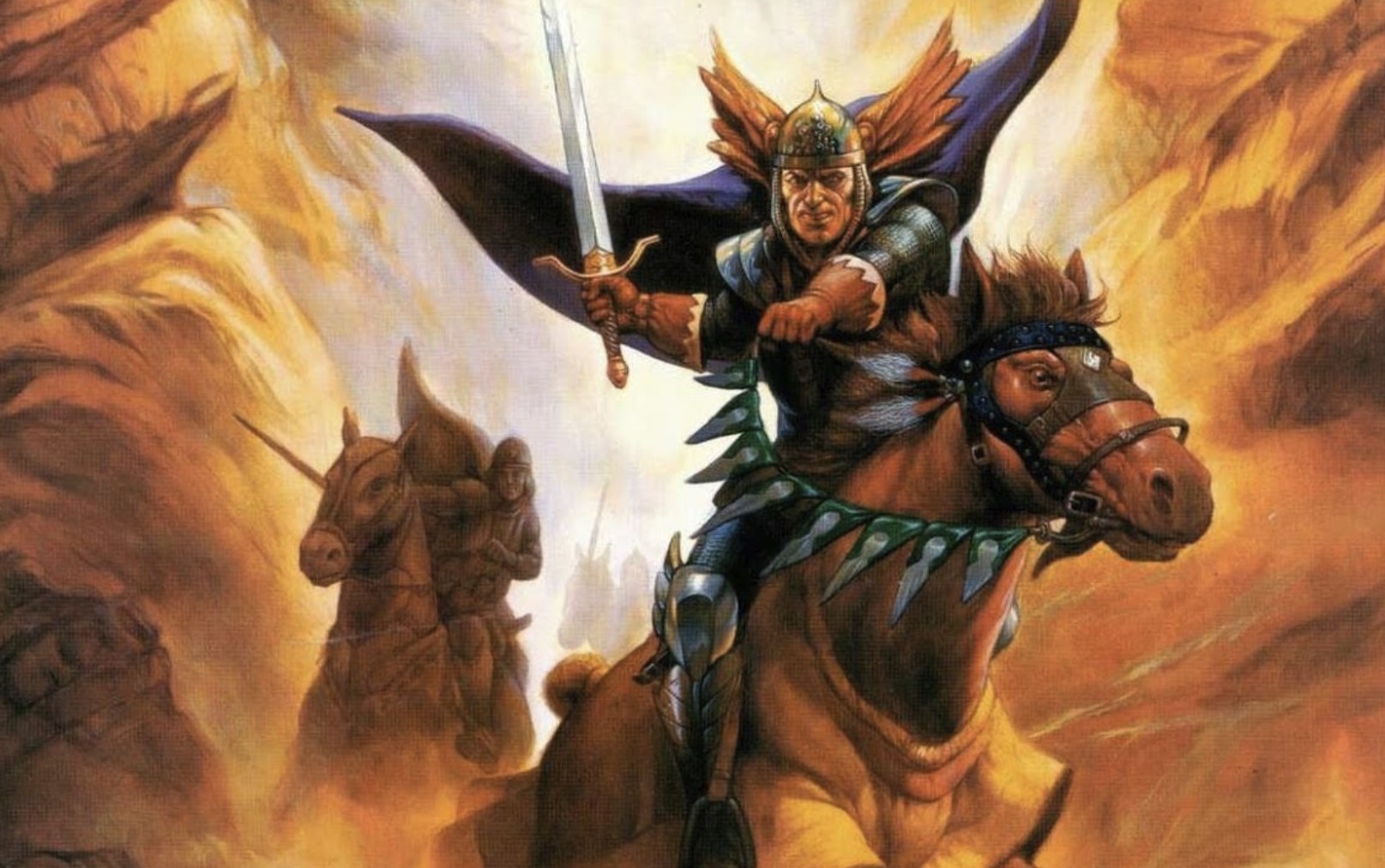 Yes, I know. That picture is amazing. The above image is from the Basic Dungeons and Dragons module CM5: Mystery of the Snow Pearls. The numbering comes from the Companion set of Basic D&D as Companion was intended as an expansion for characters level 15-25. The acronym BECMI lays out the level progression and supplements for characters with Basic Rules supporting character levels 1 through 3, Expert Rules supporting character levels 4 through 1, Companion Rules supporting levels 15 through 25, Master Rules supporting levels 26 through 36, and Immortal Rules supporting Immortals aka the people who played old D&D so long they transcended levels. Mystery of the Snow Pearls is a solo adventure meaning that it is intended for one person to play through the adventure similar to the Choose Your Own Adventure books with turning to relevant pages. This book also came with a viewer which would highlight the hidden text as not to spoil the story. The idea of spending hours not only getting to level 15 in Basic D&D but also spending time playing through an adventure alone is not only endearing but totally something I want to spend hours doing instead of other things I should have already done.

It is difficult to think my First Erang album was 4 years and 11 records ago. This French artist has not only been my introduction to Dungeon Synth but I am sure others as the music for Erang sits between immersive, approachable, and magical. The past few albums Erang has not moved away from DS but has gone on a vision quest of exploration embracing different sounds and themes. From his synthwave record to stories that have a time travel subtext, this artist been a wandering mystic for the DS scene. I have written a lot about this artist and have said many things and I feel even though my relationship with DS has changed since first encountering Erang’s 2014 record Within The Land Of My Imagination I Am The Only God, I can say wth certainly that my enthusiasm for this work, and journey, has always stayed the same.

Lord Lovidicus’ 2010 record Trolldom stands as a near essential in terms of modern or contemporary DS. It was at the forefront of the DS sound before the internet really took a hold of it. Since then this US artist has put out a consistent body of work sometimes underrated in the field that grew around them. Saeculorum continues the artist’s exploration into regal pastors with a cinematic sound which both exudes pride and sometimes forgotten splendor.

If this is DS’ future, I do not think I could be upset. Heimat Der Katastrophe has been releasing tapes that both embrace a very obvious fantasy / OSR theme combined with a 16 bit sound. The result is perhaps what I envisioned DS to be, a worship of old CRPG games which give the listener a nostalgia sometimes for things they never existed but love regardless. The curse of the ancient abbey is the second release from Kolbold and 7th (?) from this label in the what I am starting to call Basic DS. It is dazzling and most importantly full of sounds you get get lost with. I have been impressed with everything from this label and when the time comes that I leave this sound, I will rest assured that this label will continue watching over everything.

This artist was from my neighbourhood and he disappeared & left behind some great music which never officially saw the light of day. Dewfall Productions, with permission from Daniel’s family, released this over a decade ago, and now ‘Awaken’ has found its way to physical formats.” – Swampkult.

This compilation of music from a forgotten artist, composed in the late 90’s is perhaps one of the more interesting artifacts of recent memory as it was made during a time when DS did not exist in name yet there were people making fantasy / spiritual music with basic synth setups. The additional backstory for this record provides a wonderful mood for music that is full of sorrow and wonder and is an important testament to good music being made to the knowledge of basically no one.

“Shrouded Records is an independent label for the music of singer/songwriter and multi-instrumentalist, Shroud.” Knight’s Quest is the first project from Shrouded Recrods with perhaps more facets to come. The sound of Knight’s Quest is bare and wonderful as it exudes a quiet contemplation. Additionally the cover art for this first demo is everything I enjoy about demos as it seems like something that would look great on a shelf surrounded by similar looking covers.

“This album tells the tale of a boy from the long-forgotten village of Høstbolig. His name was Askeladden, and his village was known to be the last frontier of man.” This is the overture for Earl Mountain’s debut record which proposes a handful of songs all with lengthy lo-fi DS tracks. Aside from an album that is listenable and intriguing the most interesting aspect of this record is the radio drama style narration which closes the record. For a record that has invested itself in its own fiction, this final track, along with the worn and found aesthetic, makes this album more of a success that it already was.

Oh my goodness. Look at that cover. Look at that typesetting. Look at the aesthetic of lo-fi old school DS run up against vaporwave channels. It is this type of clash I enjoy especially when the music is a dreamy drug haze that evokes memories and quiet nightmares.

Vapordungeon is an obvious attempot to bend vaporwave and DS toigether in some sort of fantasy like waiting room music. It is amazing. Even though M¥rrĦ Ka Ba does the same thing, the result for Kluisenaar is less experimental and more direct in a split sound between the two parent genres. Wonderful bizarre and entirely convinced on the internet, this is something that could only exist in 2018.